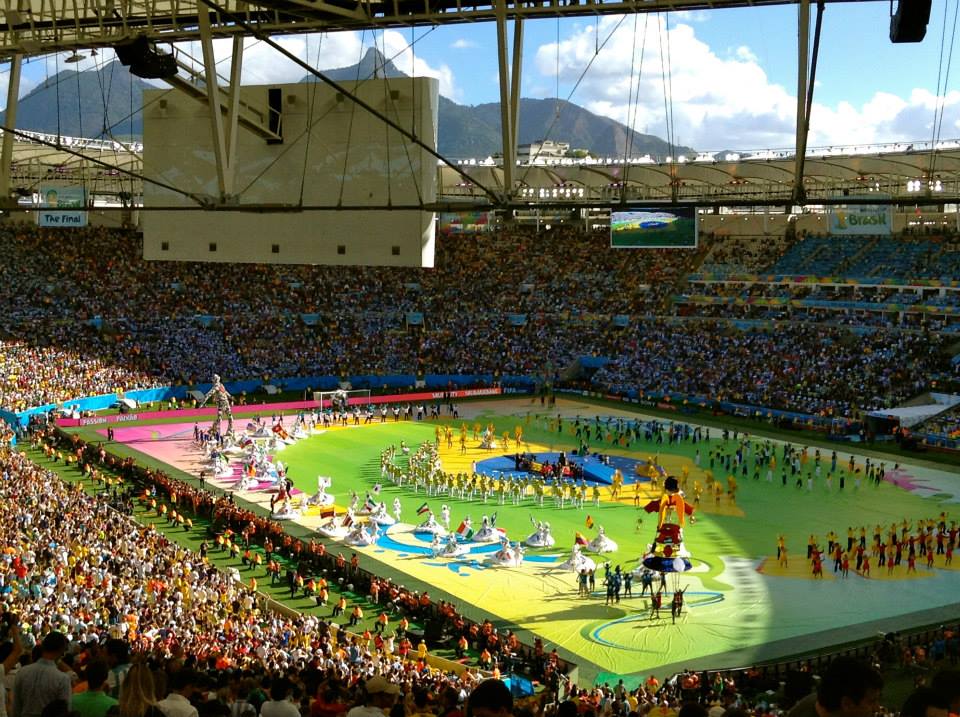 Football Engineering for the world

Accurately observing global trends, motivating people for something new, integrating international talents – football coaches from Baden-Württemberg face the same challenges as companies in the German federal state. Trainers from here were and are internationally oriented, innovative engineers of the sport.

Football apprenticeship “made in Baden-Württemberg” begins in Mannheim. The industrial city was the first home of the sport. From the workers suburb Waldhof comes Germany’s first world champion coach: the legendary Sepp Herberger. His assistant coach Albert Sing comes from the industrial city of Eislingen in Württemberg.

In and around Mannheim, the granite guard of German defense football grew up: Uli Stielike, Jürgen Kohler, the brothers Bernd and Karl-Heinz Förster. All stubborn, tactically disciplined and of high intelligence in a direct duel – longtime horror of the Gary Lineker’s of the world.

“Made in Baden-Württemberg” begins in Mannheim

Mannheim coaches used this player material and found recognition abroad. Gernot Rohr was a successful player in Bordeaux. As a coach, he developed the young Bixente Lizarazu and Zinedine Zidane to a world-class team. Klaus “Schlappi” Schlappner, coach of Waldhof Mannheim, helped build Chinese football as national coach and consultant in 1992 and helped set up a professional league in Iran.

After his great playing career at Borussia Mönchengladbach and Real Madrid, Uli Stielike became first coach at Waldhof and was coach of the Swiss national team. Later, Stielike trained the Ivory Coast – and from 2014 to 2018, as the coach of South Korea, he thoroughly prepared the knockout of the German “Mannschaft” at the World Cup in Russia.

This ended a glorious epoch of offensive football, which the Stuttgart bakery boy Klinsmann, with his California spirit, brought to the German national team at the 2006 World Cup. The Baden-Württemberger’s were extremely proud of him and his co-trainer, the South Badener Joachim “Jogi” Löw.

Two things have always characterized Baden-Württemberg’s football. First, the sharp regional rivalry of the Baden clubs from Mannheim, Freiburg, Karlsruhe and Hoffenheim with the Swabian club of the state capital, VfB Stuttgart. And second: VfB’s eternal and unfulfilled dream of a successful forward football.

Karlsruher SC gladly supplied Bayern with its best talents over the A8 motorway – past Stuttgart. Coach Winfried Schäfer from Ettlingen discovered the wild Oliver Kahn and Mehmet Scholl. Later, Schäfer became Cameroon’s national coach in 2002 and won the African championship. He was active as a club coach in the Emirates, and then coached the national teams of Thailand and Jamaica.

The perhaps best VfB team was founded in 1984 on a strong defence. The opponents faced young players Guido Buchwald, Günther Schäfer and the Mannheim Förster brothers with despair. Without the orderly, quiet world champion Guido “Diego” Buchwald, Stuttgart would hardly have won the championship in 1992. As a coach Buchwald taught the Urawa Red Diamonds in distant Japan how to play smart, defensive football.

Almost forgotten, the everlasting Stuttgart dream of a flying striker football was finally nurtured when club coach Joachim Löw formed the “magic triangle” of VfB: Giovane Elber, Fredi Bobic and Krasimir Balakov. Later, after many coaching changes, the city dreamed that the “wild youngsters” who had broken Manchester United could solidify a permanent top spot in the Bundesliga. Soon after the championship in 2007, however, descent and resurgence followed.

As the last in a phalanx of coaches, Stuttgart born Turk Tayfun Korkut tried to fix VfB Stuttgart’s main problem: the defense. The former national player of Turkey started his international playing career in Ruit and for Stuttgarter Kickers. He also worked as an assistant coach for the Turkish national team. But like always, he had to go because he wasn’t delivering the dream of forward football.

West of the Black Forest, a coach has shown that success has something to do with modesty and continuity. While VfB Stuttgart has destroyed 27 coaches since 1991, only four coaches sat on SC Freiburg’s bench in the same timespan. One of these four was Volker Finke. Over 15 years, from what was financially possible with the small SC Freiburg, Volker Finke brought out the maximum. His trademarks: an earring, well-organized individualism as strategy and demonstrative serenity.

His successor Christian Streich is literally a local hero: with his strong Alemannic dialect and his passion, he embodies the regional spirit of independence – even off the pitch Streich is a self-conscious citizen.

In the west, on the highway between Stuttgart and Mannheim, only some years ago a small football miracle happened: the rise of TSG 1899 Hoffenheim to a top club in the Bundesliga. SAP co-founder Dietmar Hopp, himself once a player, programmed the club for success with two things: investing in a Europe-wide respected youth work and a coach called Ralf Rangnick.

Pep here, Guardiola there: Rangnick can be considered one of the inventors of modern European system football. The “Professor” from Backnang has always had a fondness for sophisticated chalkboard drawings. With the SSV Ulm he achieved the promotion from third to first division. With Hoffenheim, RB Salzburg and RB Leipzig, Rangnick also realized successful football experiments: creating top clubs out of nothing.

By the way, a very docile student already crossed Rangnick’s path in Ulm: Thomas Tuchel – now PSG coach – made a brilliant transition as a player in Rangnick’s system in the Ulm defence. Afterwards, Tuchel coached several youth teams of VfB Stuttgart who won the German championship. He then became a coaching star via the stations Mainz 05 and Borussia Dortmund.

Jürgen Klopp is another international top coach from Baden-Württemberg. The balance of hot passion and icy tactics made him his global brand. The first few years, Klopp, born in Stuttgart, played in small village clubs in the Black Forest.

Two young stars join Klopp, Rangnick and Tuchel: Julian Nagelsmann and Domenico Tedesco. At just 25, Nagelsmann started his successful coaching career in Hoffenheim. Soon he was wooed by the top clubs across Europe. He has decided to join Ralf Rangnick in Leipzig, where he wants to implement their well thought-through plans next season.

And the traditional club Schalke is coached by Domenico Tedesco, a Swabian Italian. The son of Calabrian migrants grew up in Esslingen and also holds a Masters in Innovation Management.

The Champions League 2018/19 is exciting, because now there are five football engineers with a background in Baden-Württemberg playing against each other. Whose blueprint is the best for success? 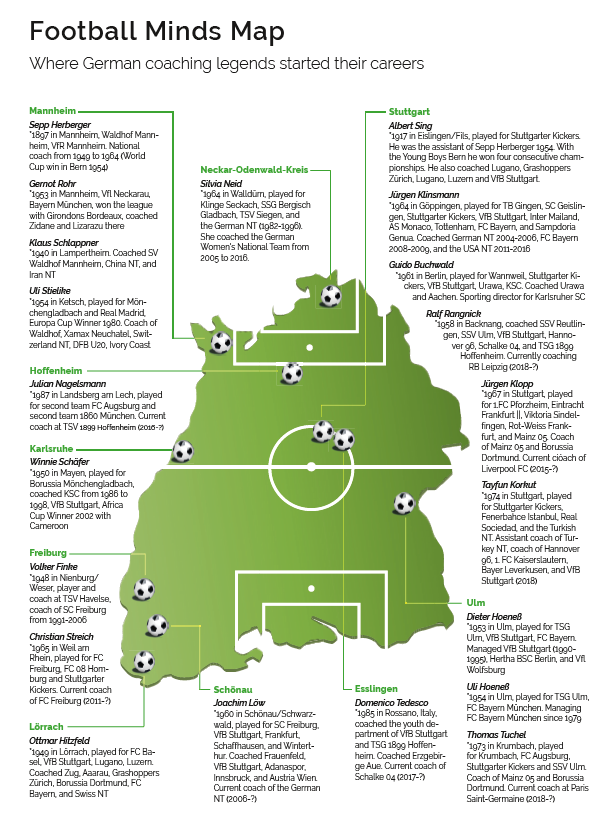