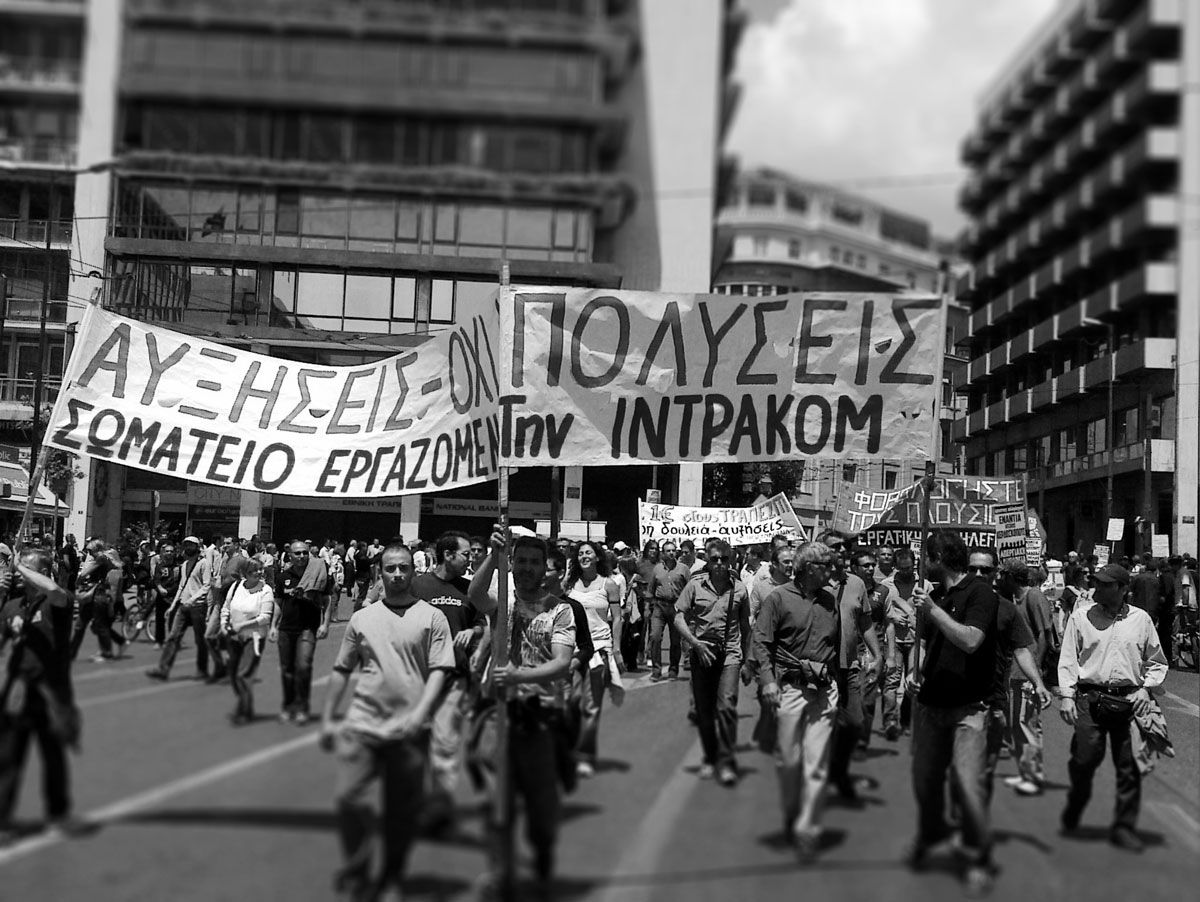 A devastated local economy drives the young talents to look for better life and working conditions abroad. In search for methods to win them back, bitter truths about the balkan peninsula’s largest state come to the surface.

A country with a rich experience of emigration

In its echo, the financial crisis continues to have harassing implications for the Western world, causing significant welfare losses and troubling some countries more than others. Especially the Southern European Union members carry a heavy burden and among those, Greece is facing maybe the most alarming existential issues. The collapse of its economy provides weak perspectives for a sustainable economy development intra- and internationally and walks hand in hand with the citizens’ decreasing trust in their political leaders and the change of the current situation.

The background why Greece got into this downward spiral is more or less familiar. Fiscal indiscipline, an introverted growth model driven by consumption, a low degree of innovation and a hostile environment for entrepreneurship are only a few features that dragged the economy to the ground. The country lost 25% of its GDP in the past six years. And despite the fact that structural reforms are underway, there has been no improvement in the economy’s extroversion. In this framework, the most devastating characteristic of the Greek financial crisis is the unemployment across several important economic sectors and, building upon that, the increasing number of Greek citizens leaving their country.

According to experts, those circumstances have caused the fifth most intense migration wave Greece has faced in the past 100 years. Three of those periods, including the accurate one, are related to financial incentives. The other two would be the lost war against the Osman Empire and the related immigration to the USA in the early 20th century, and the guest workers movement towards Germany from 1960 to 1973. Considering the above introduced, it can be said that Greece is historically and traditionally a country with a rich experience of emigration. To this conclusion comes also the Bank of Greece with its in 2016 published survey on the human capital flight Greece is dealing with in the years of the financial crisis. This comparative study focuses precisely on three immigration waves – from 1903 to 1917, the dictatorship from 1969 to 1971 and from 2010 to today – and reveals three key features. All three migration movements have a duration of approximately ten years, an increased intensity of flow and a delayed start in comparison to the very moment of recording the high unemployment rate. 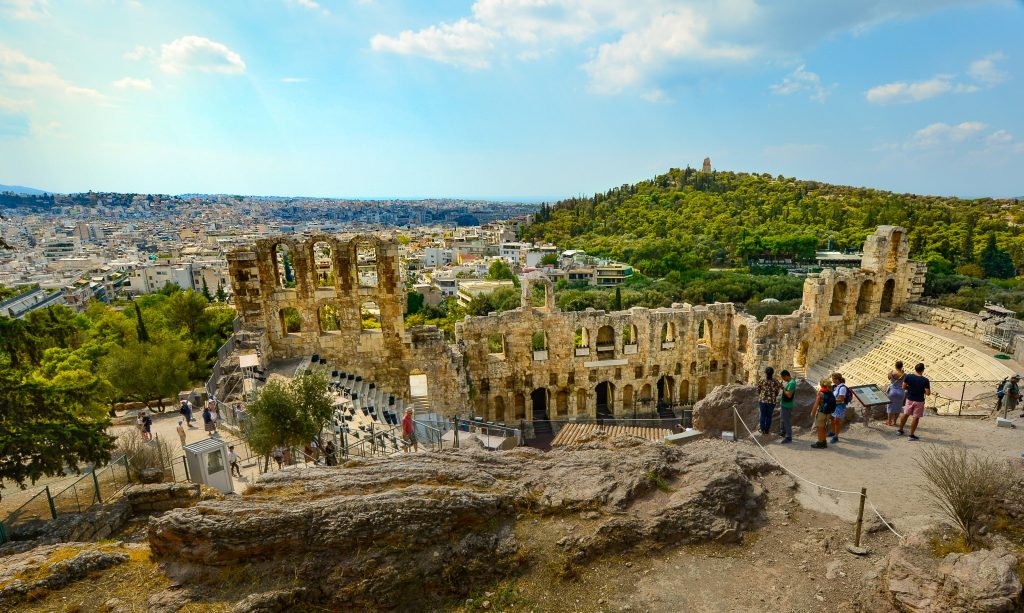 Greece has lost approximately one million jobs throughout the past six years; that is 21% of the total jobs in 2008. The fields of construction, non-food manufacturing and retail/wholesale alone account for 2/3 of those one million jobs. Those circumstances affect especially the country’s youth aged 35 years and older. What is interesting to note here is that youth unemployment is only partly an outcome of the financial crisis. The other side of the story is the fact that the Greek economy structure favours older employees. As a result, there is an uncontrolled job loss for the youth, even in sectors that managed to retain total employment. Considering this context, young professionals seek a way out of those stuck structures in sectors that are either underdeveloped – like the social sector is in Greece – or branches that require skills only they have – like ICT. Given those circumstances in their homeland, it is a logical consequence that young Greeks are emigrating abroad.

“Youth unemployment is only partly an outcome of the financial crisis. The other side of the story is that the Greek economy structure favours older employees.

According to all indications of the Bank of Greece’s survey, the phenomenon of immigration continues with uninterrupted tensions in 2014 and is further exacerbated in the first half of 2015. This process of Greeks leaving for job search and seeking for a higher life quality abroad is ongoing, and it doesn’t seem this trend will end soon.

In 2013, more than 2% of Greece’s total workforce had left their homeland. Among them, young people in the most productive age of 25 to 39 years reach a number of over 50% of all outgoing workers. This current flight tendency concerns to a great extent young people with vocational experience, who move mainly to Germany, the UK and the United Arab Emirates. The outcome of this migration is not only emotionally difficult for the immigrating young professionals, but it also affects the local economy. And in this context, the Greek state and economy are challenged to tackle this sad phenomenon efficiently with long-lasting positive results.

How to win the young talents back

As the report of the Bank of Greece outlines, a shift of economy towards the production sectors as well as the support of young entrepreneurship are important for initiating the change Greece needs at the moment. In this context, the creation of a business-friendly environment for start-ups as well as for those fields of economy strongly represented in Greece is decisive. According to the World Economic Forum’s competitiveness indicator for 2015 and 2016, Greece is one of the largest caterers of scientists and engineers in digital technology. Reducing bureaucracy and insurance contributions, maintaining a state-friendly attitude towards business and lowering taxes until the new venture becomes profitable are, therefore, crucial elements in building up an entrepreneurial institutional framework.

“Linking higher education with handcraft specialisation: Apprentice- and internships must be supported more competent than so far

Another issue addressed by the Bank of Greece is the necessity to link higher education to handcraft specialisation. In this framework, the adoption of a so-called “dual education” as it is observed in Germany and other countries of the North can be a tool to redefine the professions. Apprenticeships and internships shall be supported more competent than so far, in order to equip young adults with a deeper knowledge of the job.

To the suggestions of the Bank of Greece adapts the NGO Endeavour Greece. Observing Greek immigration in their survey “Creating jobs for Youth in Greece” (2016), the NGO recommends an extensive change not only in the structure but also in the mix of sectors in Greek economy. Specific export-led sectors like agriculture/food retail, tourism, ICT etc. will need to aggressively grow in order to replace the share of activity previously allocated to other sectors that now deal with unemployment. At the same time, the local workforce will have to move between the sectors and develop new skills for positions they formerly weren’t qualified to work in.

Of course, all those recommendations can’t be implemented immediately. To cover the one million jobs and among those the 600.000 youth jobs Greece is lacking at the moment, about 10.000 new high-growth companies will be needed, each up to 50 employees. But despite the flourishing growth of start-ups in the country – the number has increased 9 times since 2010, the figure is almost doubling every year – the numbers don’t add up.

Given this framework, Endeavour Greece defines the current immigration wave as brain circulation rather than brain drain. It is all about pursuing changes where they are. Moving and working abroad helps building an extrovert mentality within the Greek economy and provides the young Greeks with skills that their homeland education institutes and the labor market have failed to create and provide them with. So, rather than preventing this “Exodus”, Greece should support its relocating young adults to succeed abroad and simultaneously work on rebuilding the country’s economy – so the left behind will be able to develop and the gone abroad will return.

So, what can be done?

To the philosophy of the Bank of Greece and Endeavour Greece adapts the World Hellenic Biomedical Association that recently announced its new Research Training Program in Clinical and Experimental Medicine. The program aims to support future doctors and scientists graduating from the Greek universities in acquiring specialty in university hospitals and medical centres abroad – initially in the USA and in the future also in other countries. The courses are designed to give participants the necessary laboratory and / or clinical experience they need in order to be able to compete on the global market and finally get a position in a hospital or other medical institution abroad.

Projects like the one described above are not only strengthening the qualifications of the relocating young professionals but are, furthermore, a remarkable contribution to sustain the links to this new generation of international Greeks. At the same time, it is sad to see that Greece is more or less forced to let its young potentials go. But the country can only attract its “brains” back by leveraging their development and success abroad so both, the young professionals and the Greek State, can achieve an elevation of the national economy. And this is how the interplay between those actors should look like: the government and the industries will have to fulfill a shift towards a favourable and sustainable national economy, so the young immigrants will be able to bring in their acquired skills from abroad. This way, both sides can contribute equally significantly to Greece’s economic growth.