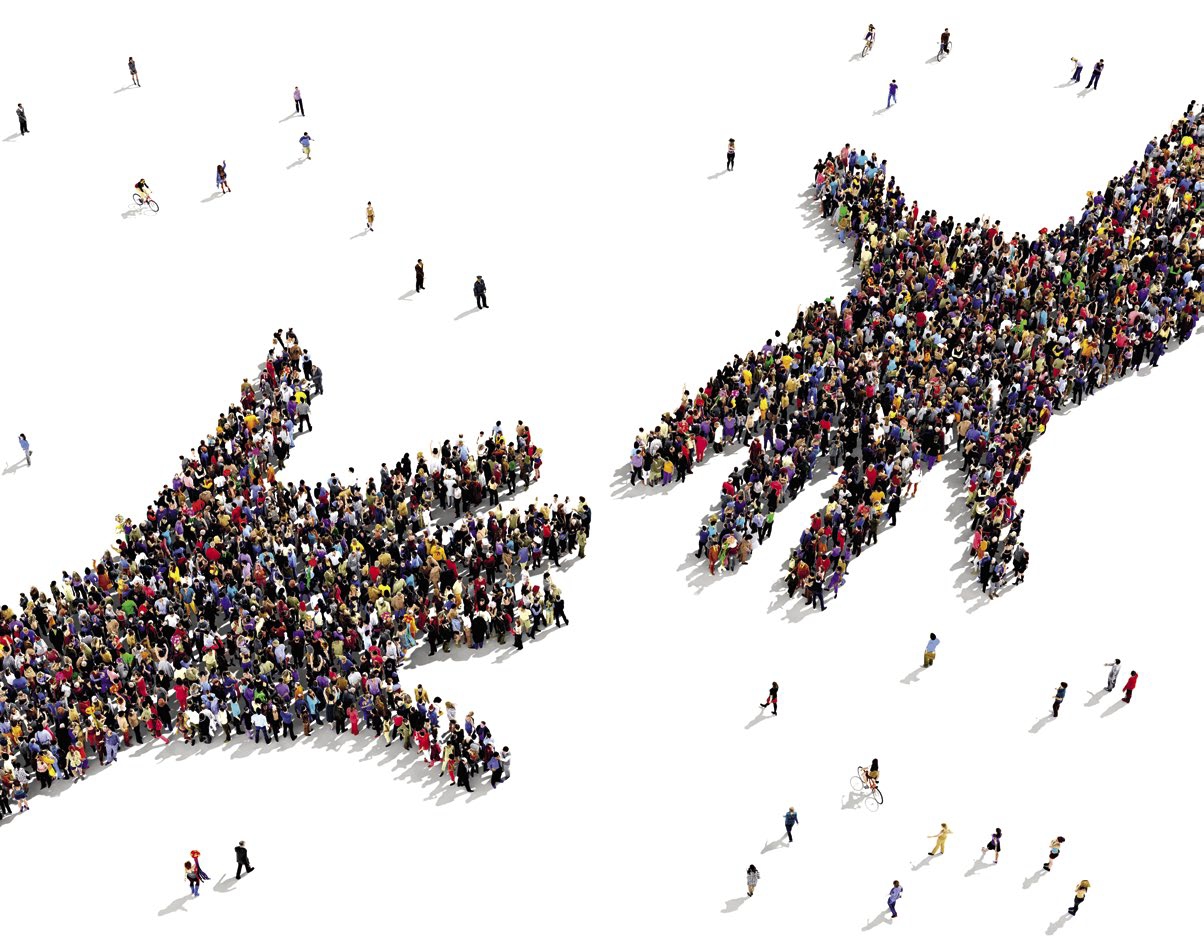 Network “We together”: Creating perspectives for refugees

Germany, November 2015. The number of monthly initial applications for asylum reached the top: around 56,000 people, who had fled their home countries because of war, persecution or other reasons, seeked asylum, many more of them were still waiting to do their application. The whole country was in turmoil at that time, and German politics and civil society were working hard on provisional solutions to fulfill the essential needs of the refugees.

This was the time when the German chancellor Angela Merkel invited representatives of the German corporate sector to a dialogue meeting. How could politics and economy cooperate on solutions in such a dark hour? How could the German economy react to this strong migration flow and how could it contribute to the integration of around 470,000 refugees? As politicians and representatives of German companies were sitting together and discussing those questions, it became clear that there already was a lot of commitment on both the employer’s and the employees’ side: lots of people had gotten involved through voluntary work and were helping refugees, for example by welcoming them at train stations or working and donating in clothing stores. But also the management of German companies had initiated or supported integration projects that were thought to facilitate the migrants’ way into the German work life.

A network meant to inspire

A few months later, in February 2016, the network „Wir zusammen“ (German for “we together”) was born. During its first months, the network grew very fast. Initially, 36 member companies formed the main network body, all of them having established initiatives to integrate refugees in the German labour market. An online platform offering transparency and orientation as well as showing exemplary solutions for the active integration of refugees was created. Furthermore, the network was meant to inspire other companies and institutions to follow the example of the trendsetting corporations and get active. Today, there are still some companies acceding but the “big growth” is over. That is because Germany has reached integration, as the Project Manager Marlies Peine claims.

Cooperative relations instead of competitiveness among the companies

In 2016, the initiatives of the network members mainly consisted of internships and job orientation offers for refugees. Today, the focus is set on providing training places, matching the qualifications that a refugee brings from his or her home country with the qualification required in the company, mentoring programs as well as the experience exchange between the member companies. The network invites two to three times per year to a network meeting where employees from member companies can exchange their experiences. Marlies Peine emphasises the positive cooperative relations between the companies: “There is absolutely no competitiveness”.

Today, the network counts more than 200 member companies. Among them are 19 of the 30 DAX-corporations, but also small and medium-sized companies from different fields. Members are the chocolate manufacturer Alfred Ritter, IT Consulting and Services company cellent AG, the hotel chain Fortuna Hotels, the famous German luxury fashion house Hugo Boss and the educational service provider Ernst Klett AG to name but a few. The number of mentors who commit themselves actively to integration has grown by now up to over 18,000. The initiatives offered by the member companies are a.o. trial days, language trainings, sport activities and other. Most participants of the offered projects come from Syria, Afghanistan and Eritrea. More information about “Wir zusammen” at the network’s website.