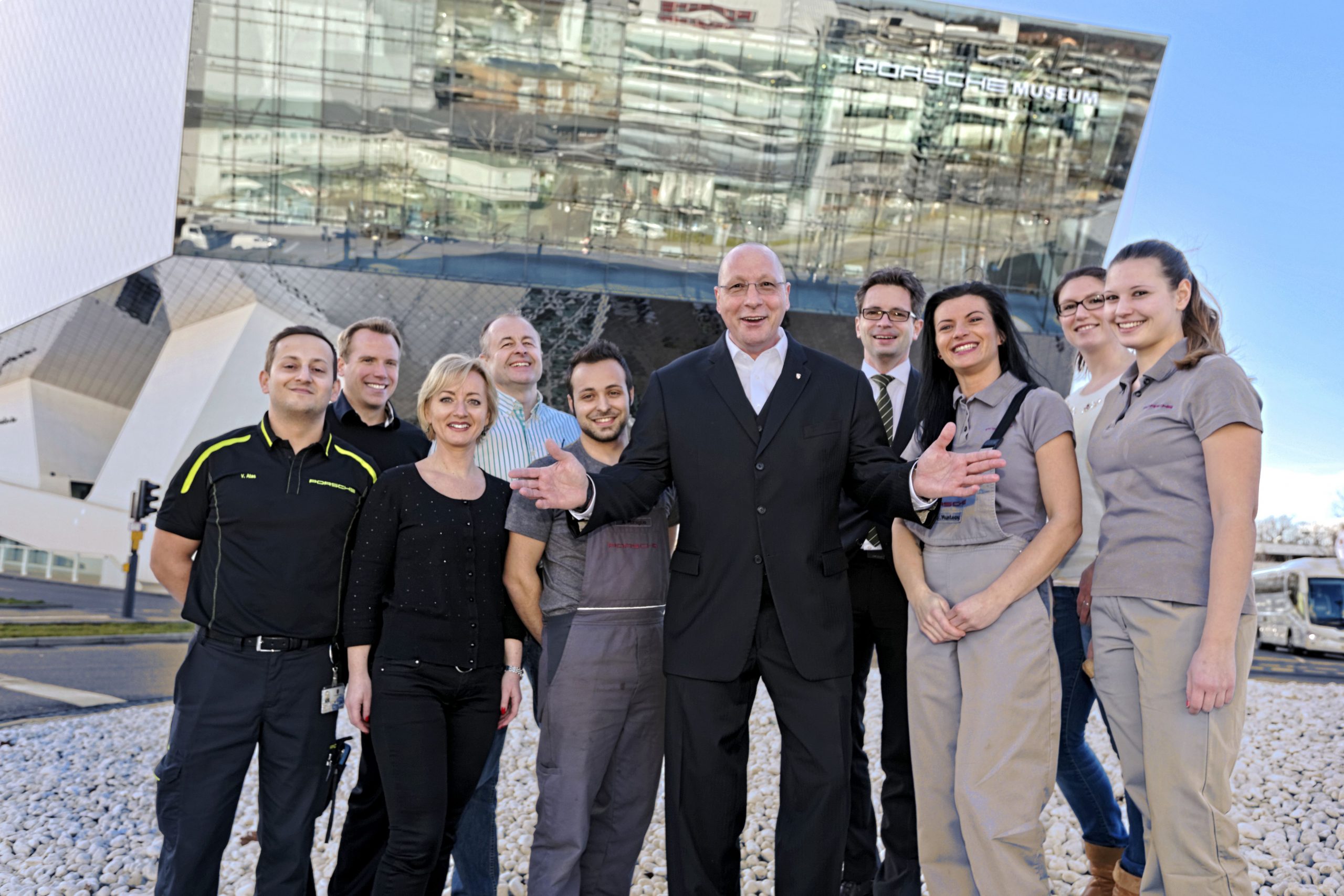 Uwe Hück: “Don’t just moan about things, do something about them!”

A legend is leaving. Uwe Hück, Works Council Chairman of Porsche, has worked for and with Porsche for 3 years. Now, he wants to take care of his educational foundation. We interviewed him some time ago, long before New in BW existed. Uwe Hück already said why he fights for education and equal opportunities. Here is the interview from the final issue of “Business Baden-Württemberg.” 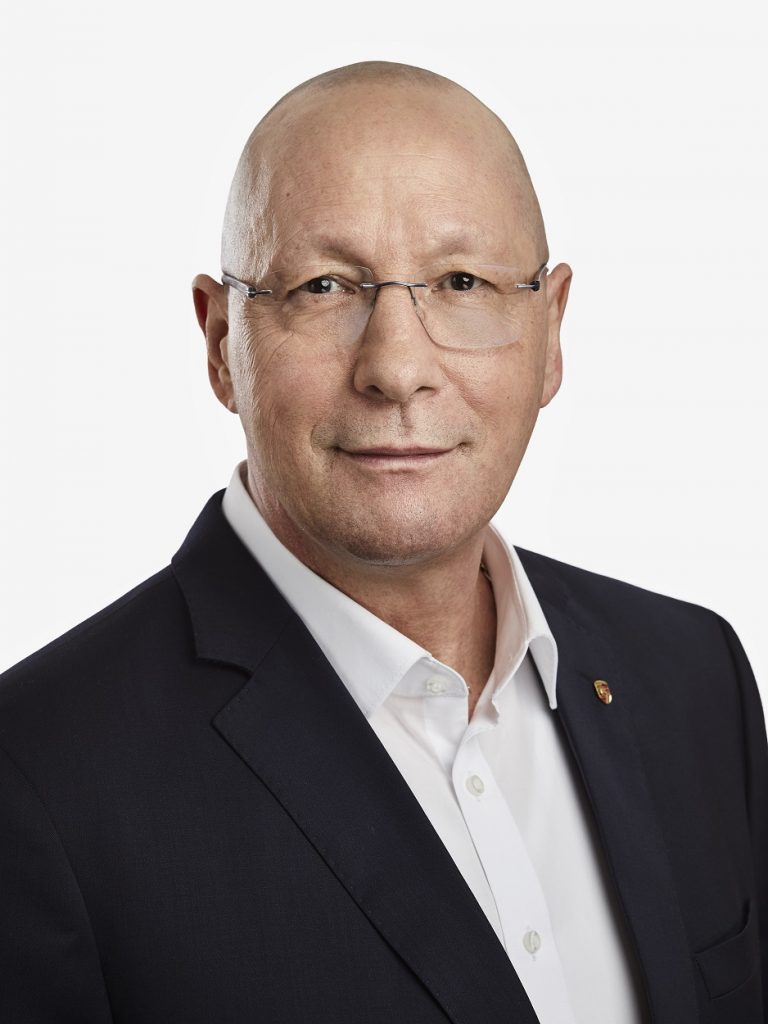 What we know about Uwe Hück is that he grew up in various children’s homes in the Stuttgart region. His parents were killed in a traffic accident when he was just two years old. His five siblings were separated from each other. The family tragedy later caused his brother Detlef to suffer a mental breakdown and commit suicide. “As a child I had no family, nobody loved me.”, Hück once said in a FOCUS interview.

In the fifth grade he ended up at a special-needs school. Hück protested and was able to switch to a lower secondary school. “Here a teacher finally realised that I am not stupid.” He skipped two grades at once and was able to leave the home aged 15 as an apprentice. As a sideline he put plenty of passion into training to be a boxer and several years later he realised his dream and became a professional Thai boxer. He was twice European Champion. After he found out that his manager had misappropriated 90% of his earnings, he fired him on the spot. He was plagued by financial difficulties, whereupon he applied for a job at Porsche. But the HR department rejected Hück’s application because of his “lack of qualifications”. He immediately went to see the manager responsible in person: “If you’re telling me you don’t have any vacancies I can accept that. But don’t tell me I am too stupid.”, he recounted in the same FOCUS interview. Hück got the job.

His career at Porsche began by working night-shifts. He soon came to realise how badly line managers were treating the ordinary workers and began to organise protests. His talent quickly came to the attention of the IG Metall trade union and he was initially appointed a shop steward, then a member of the works council and in 2003 the most senior campaigner for employees’ rights at Porsche. He acquired the necessary knowledge about collective wage agreements, employment law and productivity via evening classes and reading plenty of specialist literature. In an interview he reveals why Porsche is successful, why it is important to invest in people and what urgently needs to be done to give young people in Germany a sense of optimism about their future prospects.

Now he is leaving Porsche – to concentrate on working with young entrepreneurs and talents.

What is the correlation between Porsche’s success and investment in people?

A massive one! We could never be as successful as we are without the brainpower of the people working here. For that reason we have to invest in educating young people in the future and we can’t afford to abandon them. They are too valuable an asset for our society. We must provide them with opportunities and prospects and must treat them with respect. That is the secret. If we don’t do that, it will come back to haunt us, because young people will then rebel at some stage. Our company has always understood this, since Porsche would not be Porsche if it were not for the brainpower of all our colleagues. And our job as members of the works council – as well as mine as deputy chairman of the Supervisory Board – is to keep an eye on making sure that we preserve this unique Porsche culture, which gives everybody an opportunity and which nurtures young people in particular, who would otherwise never get this opportunity. That is what makes Porsche such a great company and marks it out as a truly premium brand.

Is this model of investing in people also a model for Europe in your opinion?

Yes, absolutely. What applies to Porsche, also applies equally to other companies, to Baden-Württemberg, to the Federal Republic of Germany and to Europe. Perhaps we are playing a pioneering role, we are not any better, we just do things differently. If you don’t invest in the young generation you will come a cropper at some stage.

Are we in Germany doing all we can to give young people a sense of optimism about their future prospects? What needs to be done?

NO! Not enough is being done!

Firstly there is always something you can do in this domain. Secondly the realisation of how important it is to nurture and encourage young people has not yet become embedded in everybody’s mind. Many people still underestimate the explosiveness of this issue. There is still plenty to be done. We need to provide sufficient apprenticeships and create sufficient employment. We need a balance between white-collar and blue-collar professions. We also need the people to build our fantastic products. Our education system must not be allowed to provide opportunities only to those young people, whose parents can financially afford it. That is unfair and unjust. We must tackle these issues. That’s why I have also established a learning foundation, to set a good example. My motto is: “Don’t just moan about things, do something about them.”