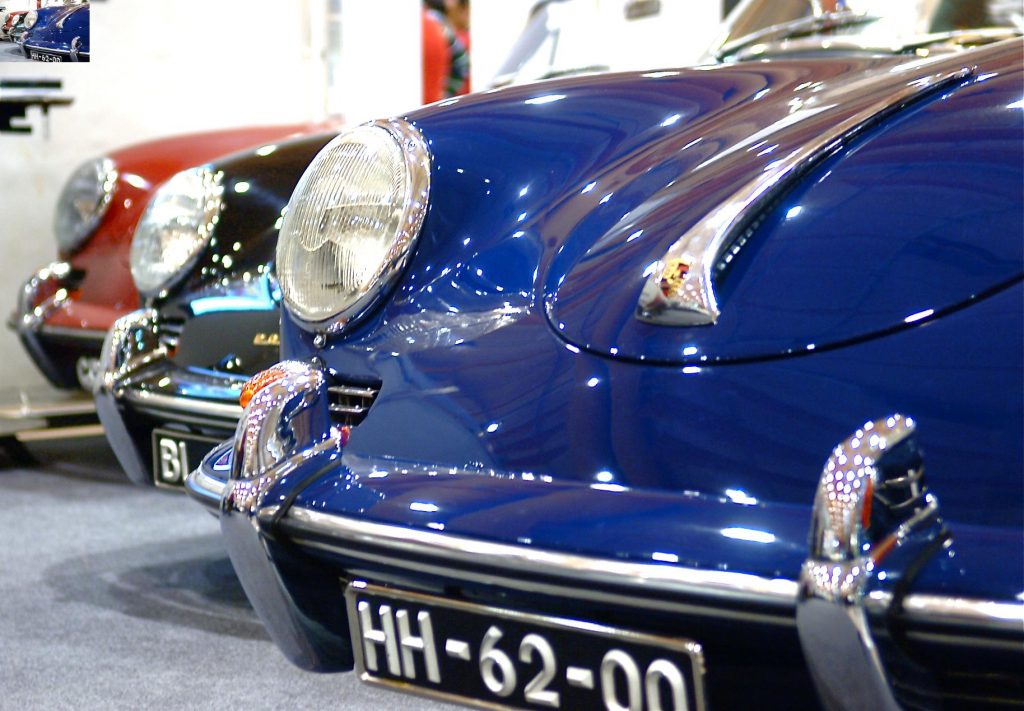 Sergio: “People here value you for what you do”

When thinking about his professional development, Sergio Carvajal looks ahead rather than back home to Spain. For 14 years now, Sergio has been working as an engineer for Simulation Brake at Porsche Stuttgart. A conversation about humane working conditions, chances and homesickness.

About choosing the “right” employer 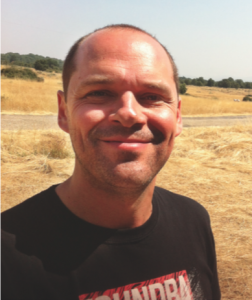 I was always interested in machines, but I did not want to work for Seat or Group Mondragón. Actually, I was initially willing to work for BMW. Being directly linked to a pioneer automotive company is always more rewarding, beyond the wage. Once, we went to an exhibition to Granada as Porsche’s representatives and, when all the passers-by stared at us while driving our new models, I realised that we are part of a legendary company, well-known all over the world and probably lots of people would love to have our position.

I´m really glad we have developed our area (Simulation Brake) with methods and projects, in which my team and I have been truly involved. Through those projects, we were able to become today the number one in Germany and worldwide.

About what makes one stay in Germany despite the cold weather

What is outstanding here in Germany are the labour security, the wage and the respect for the working hours – those are in average 40 per week. Furthermore, there is the field of Innovation and Development (I&D). In Germany, you have a lot of financing. Porsche provides a great budget for investigation and financing of PhDs and R&D projects in collaboration with the University of Stuttgart. This is an advantage for companies, as you have first level professionals in charge of the investigation that your company will implement later. That doesn’t exist in Spain. There, they don’t even consider that possibility.

If you stay in Spain, you lose in terms of a job career

The biggest challenge of living in Germany was for me to establish myself and be independent. Six months after arriving here, I didn’t have to ask my parents for money because I worked in two university Chairs and there was always some job. If you see everything as an opportunity, your challenge is the adventure you are heading for. The alternative for me back then would be to stay in Madrid and see what will happen. What is always difficult is to be far away from your family and friends. But, otherwise, the world is here for you to enjoy. The most intolerant people I know are people who have never left Spain, regardless of their title and how many languages they know.

From the arrival in the country to the first job interview: Tips for professional newcomers

The most important thing to do once you come to Germany is to learn the language and culture. Germans are elite-oriented and if you don’t make any effort to integrate yourself, they won’t accept you. In my case, it was quite easy because I came from a German College, so I knew both, the language and the culture. But some colleagues coming to Porsche without knowing German had a bad time here due to the lack of integration will, even though they were great workers.

On the other hand, when you come from abroad, having left back your family and friends with the intention to walk into a business and contribute to its growth and success – this is a courageous attitude that the HR department values a lot.

“Germans are elite-oriented: If you don’t make any effort to integrate yourself, they won’t accept you”

Work here is very well-thought-out, everyone has its role and fulfills it. If there wouldn’t be such fixed roles, people would walk around clueless. People here are lacking the creativity and the ability to improvise. In Spain, it is the other way around. It is much harder, though, to plan if you don’t have an established process. 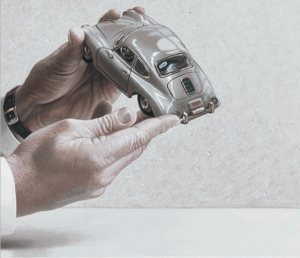 At Porsche, everything works along fixed processes. A working day lasts eight hours and if you decide to leave earlier, no one tells you anything. In fact, it is not allowed to work more than 10 hours. If you do so, HR will ask your boss for an explanation. Free time is sacred. When you have children, as it is my case, there are advantages everywhere. If you have to pick them up and you are forced to leave earlier, you compensate it by coming earlier the same or the next day, without problems.

In Germany, it is important to be a good worker. And a productive one. It’s all related to what I said before. If you try to give your best, you have a good salary and the ability to own your time in return. Besides, Germans value people not for what they are, but rather for what they do. So, you have to give a lot to be recognised. However, one thing that annoys me a little about the Germans is their love for comparisons: work, vacations, cars, house…They have always been told that they are better, and sometimes that is a bit of a burden.

“People here are lacking the creativity and the ability to improvise. In Spain, it is the other way around”

On the universities and the academic formation in the country

In industrial degrees, there are several fields of knowledge that in Germany are distributed and taught in different faculties. Now, with the new Bologna portfolio, European degrees tend to be more alike. But, still, if we check, for example, a Spanish degree in Industrial Engineering, we can notice the wide range of multi-disciplinary subjects that it embraces. In Germany, however, degrees are strongly categorised and specified. So, if you would like to dedicate yourself to the automotive field, it’s better to say you are a Mechanical Engineer – they will understand you perfectly.

With multi-disciplinary subjects comes a larger range of study content. At the UPM (abbreviation for Universidad Politécnica de Madrid)I wrote exams together with 500 other students of Mechanical Engineering and in some classes, only 20 of us passed. When I arrived in the fifth semester to the University of Munich, I passed my first exam of Mechanics with high grades after two or three days of study – compared to the months I was studying for the same exam in Spain. The professor called me, asking me for tutoring the other students.

The German university is two or three levels below the Spanish in terms of knowledge. I doubt that people who get a technical career in Germany could get the same career in Spain. Therefore, it is essential to leave back the inferiority complex that most Spaniards have. I say that one must have confidence in oneself. When a Spaniard comes with a little initiative, then he or she gets it all. In Spain, there are very good and capable people, but they lack the spark of saying: “Now I’m going to reach for the world.

“Everyone, who has the courage and initiative to get the economy “up and running” in Spain, is long gone. Who stays are less ambitious and determined people”

How to change this situation of brain drain

In my opinion, R&D is fundamental and that is what Germany is experiencing at this very moment. As it is an expensive initiative and its benefits are visible at long-term, investments are often not made, though. There should be a state policy that encourages R&D. For example, companies that invest in development should have tax advantages, universities that establish projects in collaboration with companies should receive more funding… If those agreements would exist, students would be able to work, and that is a way to retain them. That’s what works in Germany. Many Thesis are financed almost only with the research projects that are developed in the companies who train the young professionals. This way, students have a lot of budget, companies have very good people working for them and do not depend on the State; there are advantages for all.

In Spain, this formula does not exist. Moreover, working conditions in Spain are inadmissible: someone with a six-year technical degree on his back, working weekly 60 hours for 800 or 900 euros a month, often with a temporary contract, those are no circumstances. In addition, when you have been on the market for some years and want either to progress in your standard of living or start a family, it seems impossible with such a job instability. In Germany, one can feel confident until retirement, once a contract is signed.

Another thing I cannot understand is why a sunny country like ours did not become a market leader in photovoltaic technology. The same happens to desalination technology. In Spain, we lack water in many areas and, through this process fields, this could be irrigated. And it’s a shame because there are qualified people, there are resources, there is social will… but people end up leaving rather than standing still before this political immobility. I would love to work in Spain, but it does not compensate me.

On German companies exporting their philosophy to Spain

Porsche Ibérica workers, except for the General Manager, have a Spanish contract with the same conditions like in any other Spanish company. I suppose that, if I would arrive there with a better contract than the rest, I would create tensions in the squad. Hiring me would also be much more expensive than having another Spaniard who would do it for the half. I believe that, in the end, it is certain that, even if Porsche Ibérica offers worse conditions than in Germany, someone will accept them. Here it is valued that employees are happy and motivated, while in Spain motivation is something about to extinct. People will work to get money, nothing more. However, when you feel valued and respected in your company, you will always try to give your best.

I would like to return to Spain, but with such conditions…? Anyway, on the day that I retire do not look for me in Germany, I will go back to Spain directly. I miss being home, seeing my father more often or meeting with friends for a few beers after work, because in the end… the whole thing has to work, not just the money has to be right, but also the quality of life.

Sergio Carvajal is a Senior Engineer for Simulation Brake at Porsche Stuttgart and one of the proud members of this emblematic firm for several years now. Being passionate about machines his whole life, Sergio studied Industrial Engineering in a double degree program between the Polytechnic University of Madrid and the Technical University (TU) of Munich. After his graduation in 2000 and six years of professional experience in Munich and Milan, he finally returned to Germany in 2006, when Porsche gave him the opportunity to be part of the company’s Stuttgart team. He has been in the Brake Department ever since he started working for the company fourteen years ago.

The interview with Sergio can be found in full length in our magazine. “New in BW” will be out on the market on April 22nd. 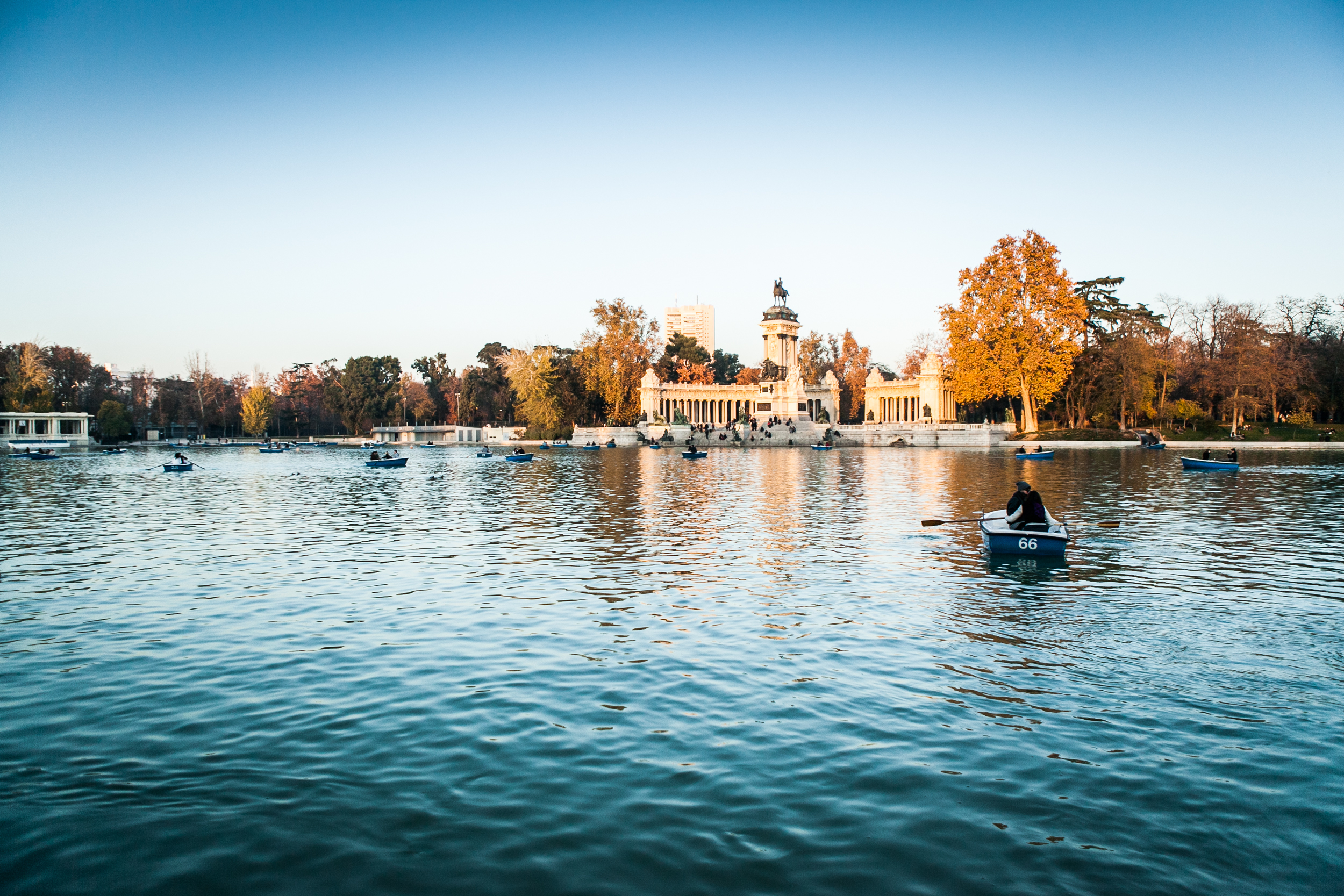