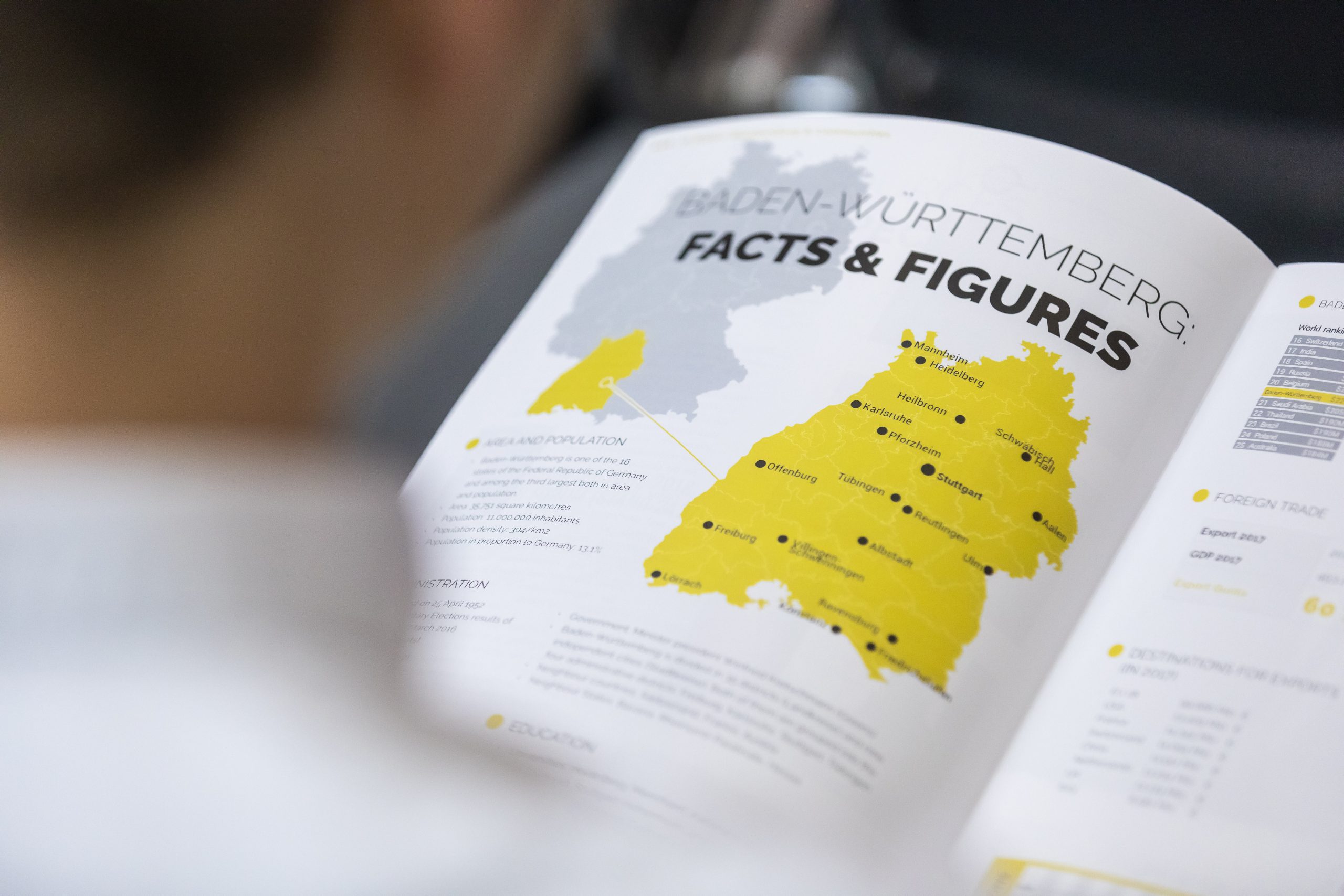 Baden-Württemberg’s challenges – an opportunity for talented people from abroad

By Hans Gäng
The figures that we use each time to profile the Baden-Württemberg economic region speak their own language: the economy of this federal state is more firmly tied in to the global division of labour than ever before. But this also make it more dependent on it than ever.

It was a long journey getting to that point. Of course, the path taken was not pre-specified or easy. You don’t need to be an economic historian to recall the “milestones” in the south-western corner of Germany’s rapid economic development. The 19th and 20th century start-ups do it all the time at their impressive anniversary events.

For instance, powerful LBBW celebrated the fact that it has been “receptive to new ideas and challenges for 200 years”. When it was established and for several decades after that, Baden-Württemberg was a land of emigration. There wasn’t a village in the Swabian Alps, the Black Forest or at Lake Constance that hungry, enterprising young people did not leave behind – cheap ocean passages to America were once sold in the Stuttgart building where this magazine is produced.

Those that stayed founded companies or became industrial workers. Steinbeis, the resourceful promoter of the economy, stimulated industry, particularly in the Neckar region around Stuttgart. Bosch and Daimler are the oldest and most well-known of these “garage start-ups”. But even today’s “global market leaders” (original) started out in the 1950s, 1960s and 1970s actioning new ideas. Some transformed their start-ups into global companies – like the Stoll family in Esslingen, for instance, who turned FESTO into a global automation player. When he was young, recently deceased Kurt Leibinger trained as an engineer in Cincinnati/USA, and then back home in Ditzingen built Trumpf up to become an international market leader in laser technology. Hermann Pilz and later his wife, Renate Pilz evolved their business in Ostfildern into a production safety specialist in demand all over the world.

The region and its companies want to continue telling such tremendous success stories. To do so, they need to master two challenges in particular – digitisation and internationalisation. To master both, companies require new recruits and new ideas. “Woher nehmen und nicht stehlen?” (literally: where are you supposed to get it from without stealing it?) is an old Swabian expression. After all, small and medium-sized enterprises are competing against the global giants to attract the best minds. And even big names Daimler, Porsche and Bosch, for example, are very much aware that innovation does not grow on trees. Massive investment in training as well as the establishment of creative, disruptive “ecosystems” are one approach. The state government supports ths.

Internationalisation is the second challenge: being able to develop and manufacture products to the same standard of quality and look after customers worldwide – that increasingly requires talented people with an international mindset. They are equally in demand at headquarters and coworking spaces in Baden-Württemberg as on site in Budapest, Shanghai or Singapore.

Global minds and new communities are changing companies. “New in BW” is aimed at people who have come to Baden-Württemberg from abroad to seek new opportunities. They have already demonstrated their willingness to embrace the wind of change by relocating to Baden-Württemberg. Now they are one of the state’s most valuable assets.

The new immigration law: what will it change?

The flow of migrants entering Germany requires for old laws to be amended and modernized, and for new laws to be created. Currently, in Berlin, a new immigration law is being agreed on. This law is supposed to regulate the immigration of workforces into Germany.

Germany needs this workforce: the population is aging rapidly There are empty occupations throughout the country, and the lack of national employees to take these places means that the list of occupational fields in which the Bundesagentur für Arbeit (BA) diagnoses a shortage of skilled workers is getting longer and longer.