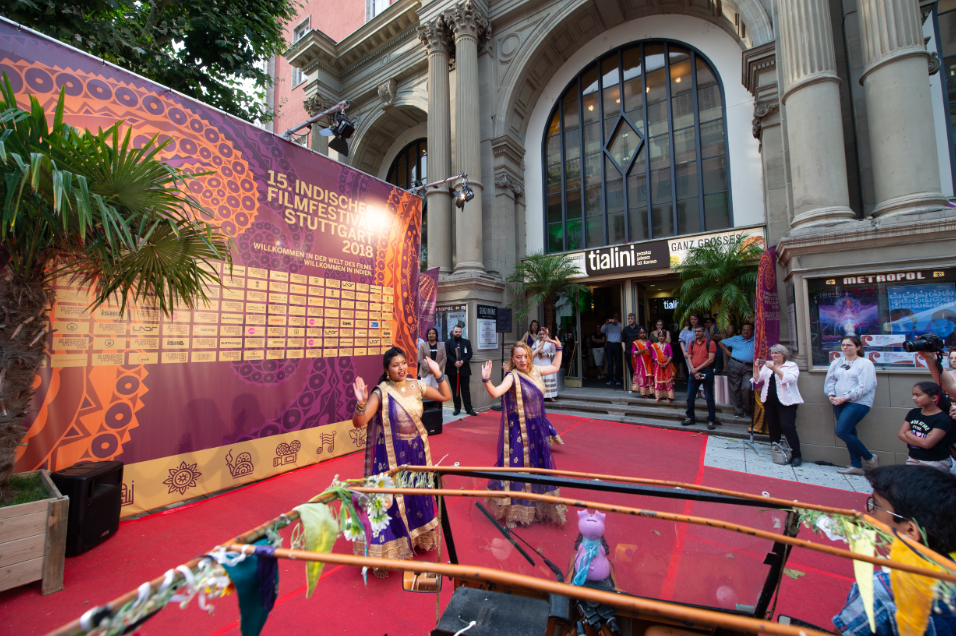 The India Film Festival in the centre of Stuttgart is taking place for the 16th time. Selected movie makers, actors, and directors from the Asian sub-continent have the chance to show their film to an expected 5,000-6,000 visitors at the Metropol Cinema from the 17th to the 21st of July 2019.

The festival will show some 40 current film productions from all over India over 5 days. Only one or two big entertainment films find their way into the program. It also has to be said that the era of the big Bollywood films is over.  In the films, the directors masterfully tell their stories.

So called “Tea Talks” take place daily. These discussions with experts always focus on a specific topic and are supported by the Robert Bosch Stiftung.

Worldwide topics are often addressed: the situation of women in India, child labour, the effects of globalisation, political and military conflicts, minorities, etc. Of course, dance and music are not missing – every day on the red carpet in front of the Metropol Cinema.

In our Interview, Oliver Mahn, the organiser of this amazing festival answers all our questions about this great event.

Can you tell me something about the “Tea Talks”?

We are bringing together the so-called Tea Talks with the Robert Bosch Stiftung. A special Tea Talk will take place on Thursday, July 18th. There will be a panel discussion with partners Robert Bosch Stiftung, Staatsministerium BW and ourselves. Here we discuss how India stands at the moment as a strategic trading partner, also in terms of military and security. But there will also be a cultural exchange: in the Baden-Württemberg region, many students go to India and many students from India come to Baden-Württemberg. The main focus of the discussion remains, however, how important India is for the EU.

On Friday we will then talk about the relationship of Germany to China and India.

On Saturday, we will talk about the influence of social media on Indian society. This type of media is widely used in India, now also very intense by politicians. It is a form of news that is difficult to regulate.

Sunday is about homeopathy in India. Here, the head of the Institute of Medicine of the Robert Bosch Foundation will come and also a representative of WALA.

“Even if the news doesn’t always mention them: India is here!”

In India, there are very good training opportunities and schools. The language is English which simplifies a purely educational integration. It is not absurd to say you are now going to India, especially if you are interested in the Asian region. Culturally, of course, it’s different than going to England or the US, but there is no language barrier. 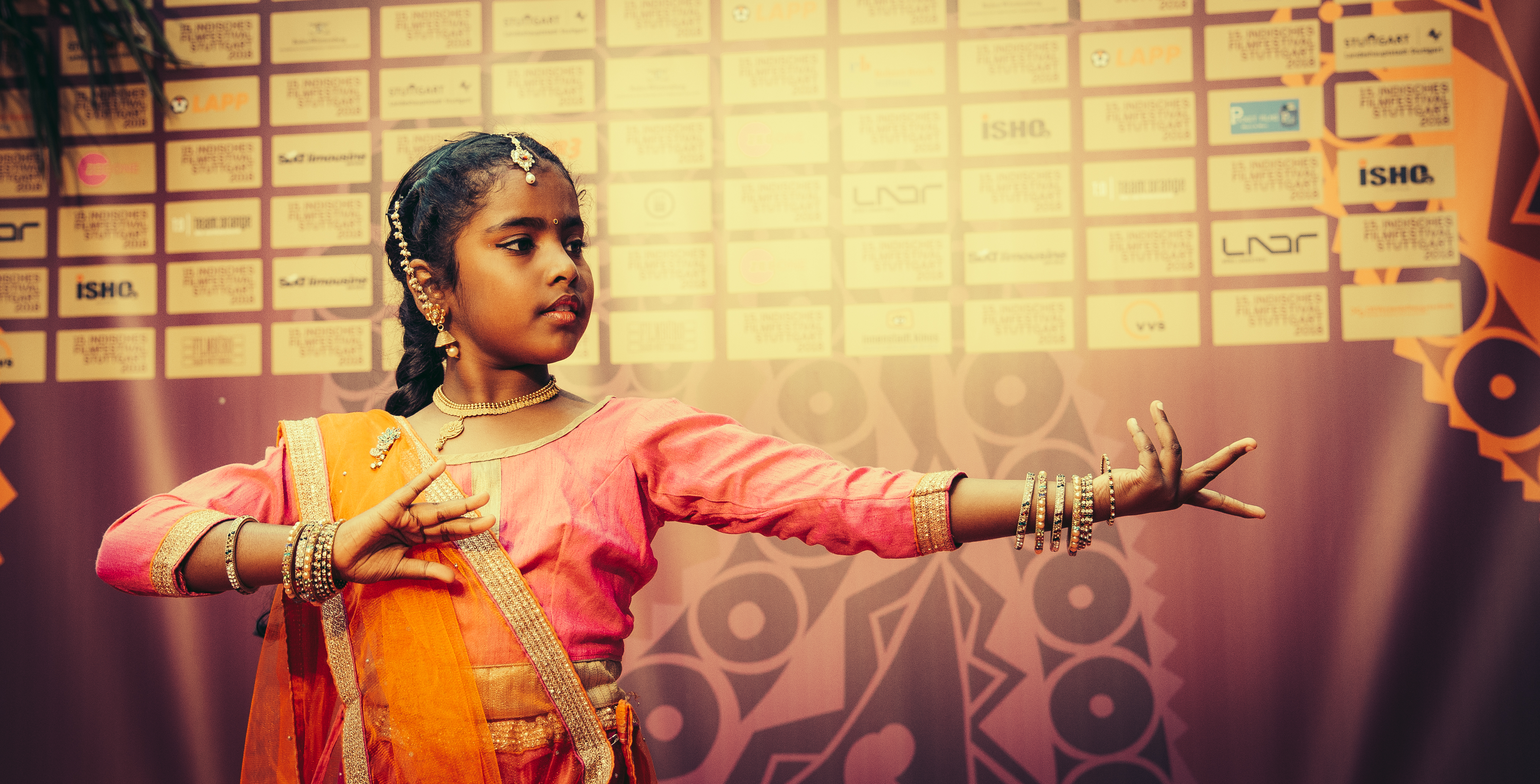 How has the image of India changed, especially in terms of business and opportunities for culture?

What you hear again and again despite improvement are cultural challenges. Some also underestimate how big India is – you can not compare “Swabian” with “Indian”. But you have to be clear that we are not the only ones with prejudices: I have already learned that if something does not work properly the statement comes: “Why not, you are German?”. You have to inform yourself, there is no way past this. But this is true for both sides. It is wrong to think that only other nations have to catch up: there are also things such as child poverty in Germany.

Where / How do you go to India to find these films for your festival?

Film collecting works in three ways. There are filmmakers who submit something directly. This year we had for the first time that 45 movies came on the last day! Then we have two co-curators who are traveling around the world on other festivals and propose films. The third way we find movies is that we conduct research and see who we notice. After the collection, we first have a long list, which is then viewed and commented on by our Kurratorinnen. Of course, there are movies that are great, but unfortunately, don’t fit to Stuttgart. But there are no rules, only program slots that need to be filled appropriately. This means, for example, that the family movie should be child friendly and that the 20 o’clock films are a bit more demanding. Above all, we want to represent a lot of Indian regions at this festival. That’s why the movies are in the original regional language but with English subtitles.

“Unlike Germany, India does not doubt that the cinema will ever not exist”

Why is it so important to show that India is not just Bollywood movies?

First, we want to introduce a well-curated program. The films are about serious topics, but also to show the diversity of the country. We are not a Bollywood festival. We have 1-2 movies in the program which are Bollywood. These are also part of it – Bollywood comes from now where else in the world than from India. It’s also difficult to get new Bollywood movies at all. The industry wants to bring them on the big screens and then quickly send them to platforms such as Netflix. The big Bollywood stars are also not very successful at the moment. Cinema is still very popular in India, but there is a turnaround. People want to see something different.

What is the Bollywood movie that you most like?

It is challenging to say in fact. But one movie that I genuinely appreciate is Om Shanthi Om.

It is a star movie and art direction is beyond wonderful. The way the star, Shahrukh Khan, in this case, is presented so well.

Another one is Kal ho na ho. It was my first impression of Indian movies. Especially the song sequence “Pretty Women” which is sung in Hindi on New York streets is amazing! 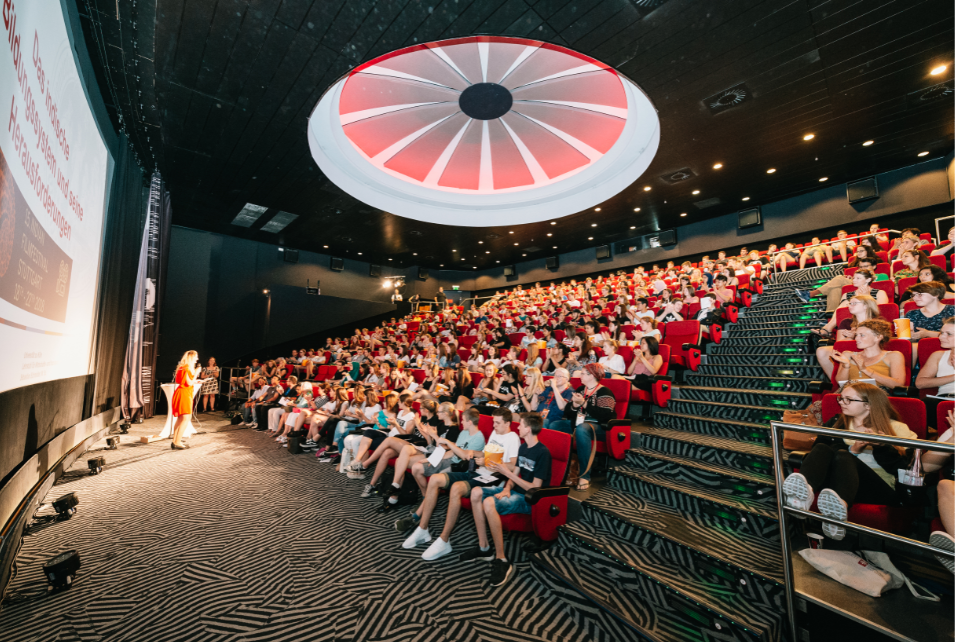 Can you share more on culture or work differences between Germany and India?

I must say, the difference is not a question of quality. The Indians do things in another way as the Germans do. I imagine the problem sometimes why it is uneasy to work together is due to the task being unclear, it is spontaneous which is sometimes uncomfortable to handle for Germans. We are absolutely straight with many things; we are always planning, and it should happen as per the plan.

As one would expect, the stereotypes from both countries and on each other exist, it is not easy sometimes, but we do have good friends who we can be open with.

Why India or Indian Film Festival?

This comes from the twinning. Mr Lapp became the Honorary Consul in 2002 and established the Wine Festival in Mumbai, also known as Stuttgart meets Mumbai event. We were contemplating doing something in Stuttgart.

This was when the Indian Film Festival was born. Today, when I think of it, I cannot believe how we managed this. We had about 40 films, and they were a huge success. It was a remarkable experience. The city, State of BW and Mr Lapp fund the film festival. It’s really a big event in the film culture of Stuttgart.

Then, of course, it must be mentioned that there is a collaboration between the state of Baden-Württemberg and the state of Maharashtra. The five year anniversary will be next year in 2020. This collaboration is called the “memorandum of understanding”.

How frequent is your travel to India?

“India is a second home to me. My eyes well up with tears as the flight lands in Mumbai.”

When: 17.-21 JULY 2019
Where: Metropol Kino, Stuttgart
More infortmation: http://www.indisches-filmfestival.de/en/film-festival/
The team of New in BW looks forward to seeing you at the festival this July!