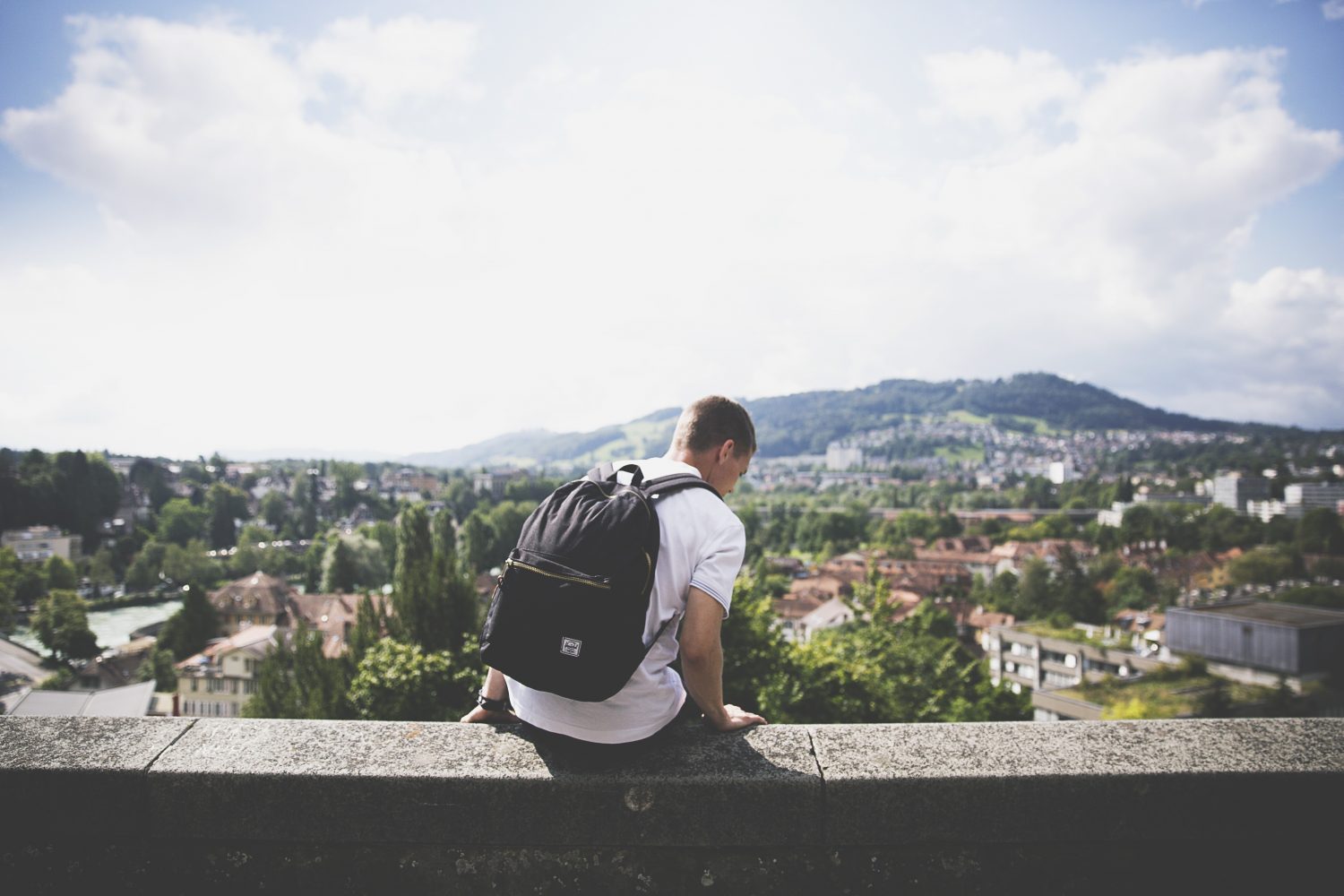 The concept of migration is linked to Spain’s history since decades. With more than 47.000 young Spaniards emigrating within the past 10 years, the country has to actively deal with the reasons for this, says our author Cristina.

In the year 2016, there were 2.3 million Spaniards living abroad, from which one third were young people under 30. But in comparison to former migration waves, Spaniards leaving their home today are strongly different from the generations who left Spain back in the 60s. This time, the loss of human capital means not only a demographic and economic blow for Spain but also a huge risk of social regression, a lack of competitiveness and innovation and a rising inequality.

During the first decade of the 21st century, Spain experienced one of the largest migration waves in European history relative to its population. Until the mid-nineties, Spain had been a country of emigrant population. Between 1850 and 1950, with a special emphasis on the post-civil war years, approximately 3.5 million Spaniards went to Latin America. Further waves of emigrants left Spain during the sixties and the seventies and went towards European countries – especially Germany, where the industrial labor force was highly demanded. However, shortly after signing the Treaty of Adherence to join the European Community in 1985, Spain went from being a sender to a receiver country.

This migration episode was largely concentrated in the first decade of the century, peaking in 2007. After the financial crisis, the number of foreigners leaving Spain rapidly increased again, while inflows became weaker. Between 2002 and 2014, Spain received a net immigration flow of 4.1 million, becoming the second-largest recipient of immigrants in absolute terms among OECD countries right after the United States.

The migration waves observed in the XX and XXI centuries are slightly different than the ones Spain had faced before. In the era of globalization and technical improvement and after the adhesion of Spain to the EU, the migrant´s profile has significantly changed. In the past and current century, the migration movements are dominated by youngsters who are mainly heading to Germany. 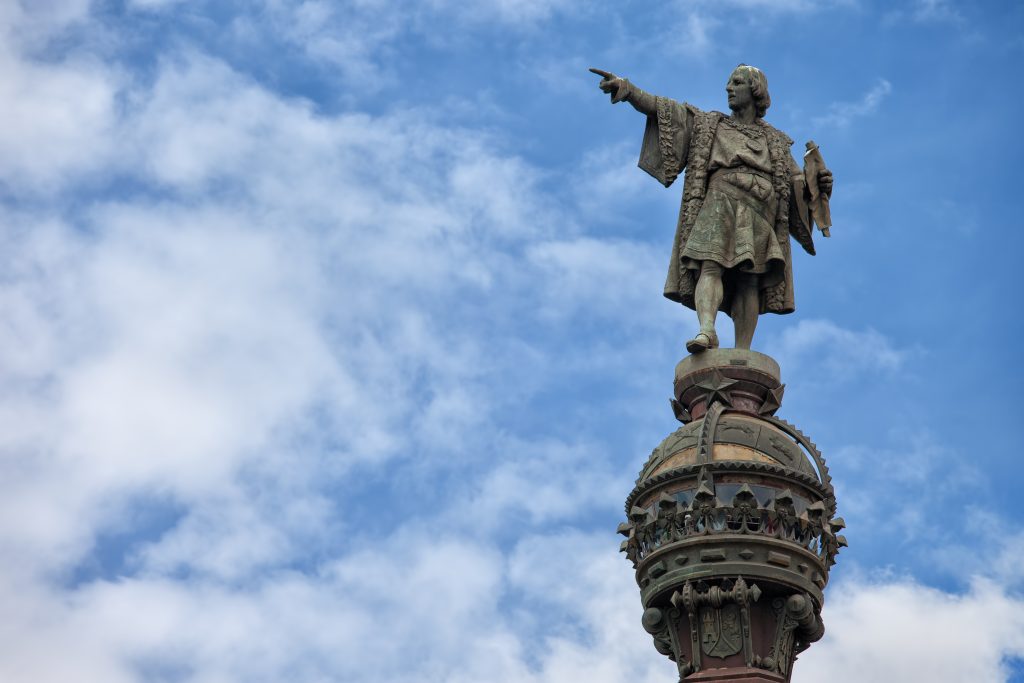 The Spaniards and Germany: A special everlasting bond

After World War II, some of Europe’s democratic countries went through an economic boom. Francoist Spain was, though, excluded from the Marshall Plan, and immersed in a period of economic regression that ended after several years of hard negotiations with the Federal Republic of Germany. Finally, on March 29th in 1960, an agreement was signed between the two countries, comprising migration, recruitment, and placement of Spanish workers in the Federal Republic of Germany. Through this agreement, thousands of specialists had the chance to be immediately sent into the German industry.

Obviously, Francoist Spain was not interested in letting its skilled workers leave. Instead, the country sends away people from rural areas and without any training – cheap and flexible labor for a temporary employment. The young Spaniards, who moved back then to Germany as so-called Gastarbeiter (German description of guest workers; workers invited to work), occupied the industrial sector. Neither knowing the language nor integrating themselves into German social structures, Spaniards were battling the post-war crisis in the years 1960-1973, working in order to obtain savings and return home.

When the recruiting of the Spanish Gastarbeiter was terminated by the European governments in the years from 1973 onwards, many Spanish emigrants who came to Germany in the sixties returned to Spain. A significant part of them stayed, though, attempting to definitively settle down and bring their family with them – a process that turned out to be successful due to family reunification laws and integration will, especially by the children. Many of those Spanish emigrants’ children in Germany are now an information source and a bridge for the new generation of Spanish emigrants, forming migratory chains to support newcomers.

After the breakout of global economic and financial crisis in 2007, the situation in Spain was getting increasingly unstable and insecure. Banks stopped financing and investors stopped buying debt. In order to stabilize the economy, the interest rates increased again but many indebted companies were unable to meet the debt and pay their employees. Mass layoffs began, and companies were sold before the value of their stock could continue falling. As a result, over a quarter of Spain’s workforce was unemployed by 2012. These astonishing levels of unemployment were a prominent marker of the desperation inflicted by the implosion of Spain’s real estate investment bubble, combined with the global financial crisis.

Those difficult times hit also the youth very hard. Youth unemployment rate in Spain is still growing today and achieving a well-paid and full-time job becomes an increasingly difficult task, raising competitiveness for employment. Thus, young Spaniards are becoming better and better in facing this competitiveness, but this doesn’t always give results. Following the example of their grandparents, a large number of qualified youngsters chose Germany as their destination due to their powerful labor market and attractive social and immigration policies.

Spaniards around the globe

Today, Spain’s economy has returned to its pre-crisis size. But three-and-a-half years of GDP growth at one of the Eurozone’s fastest rates mean little to young Spaniards. Many are angry with the country’s tirelessly corrupt politicians and are unable to pursue rewarding careers in their own country. Labor conditions have suffered a retrocession while the government should have been unleashing money on infrastructure projects to generate jobs. The unemployment rate remains above 18% and is near 39% for younger workers, which means that 4.25 million people in a nation of 47 million are looking for work. Even in areas of growth fraught labor negotiations and frequent strikes attest to the insecurity of work and the pain of diminished wages.

Unfortunately, the macroeconomic figures have not improved miraculously: strict reforms have been imposed, developing considerable social unrest that has led to political movements against the government and the two-party system. Even though Spanish economy is turning away from the crisis, the duality in the labor market, where temporary workers are exposed and where others with permanent contracts have greater protection, is not helping to resolve unemployment in Spain.

The facts introduced above are justifying the latest data from the Register of Spanish Residents Abroad (PERE), issued by the National Institute of Statistics (INE), which certifies that Spaniards around the world are 2,406,611 in January 2017. It is almost a million more than it was eight years ago when the crisis began, and it represents an increase of 4.4% compared to the same date in 2016.

Mixed feelings for the ones left behind…

Given Spain’s current difficult economic situation, it is especially the youth who is suffering. Between 2008 and 2015, more than 47,000 Spaniards aged from 18 to 25 years arrived in Germany in search of employment. However, as the Spanish economy has slowly begun to lift its head, the number of Spaniards leaving Germany increased as well from 2,800 in 2012 to 4,300 in 2015. In Germany remain currently 148,211 Spaniards, 43.8% more than in 2009, only below Argentina, France and Venezuela. This considerably high number can be explained as follows: In some industries, jobs and regions in Germany, there is a shortage of qualified technical workers, such as engineers, IT specialists and health specialists.

…and yet, Spain’s attractiveness for entrepreneurs rises!

Observing the developments of Spain’s labor market and the fact that leading enterprises in every sector have been unable to absorb the flow of graduates from universities and technical institutes, a new generation of Spanish founders went for other options. A growing number of Millennials are now working to turn fresh ideas into commercially-viable businesses in their homeland. The observed emergence of more socially-oriented companies is one indicator of the growing diversity and maturity of Spain´s startup scene. By one measure, life in Barcelona is today 36% cheaper than London, 28% less expensive than Paris, and even 4% cheaper than Berlin. Therefore, young professionals have arrived in Spain from around the world, attracted by an increasingly well-developed support system that today combines startup incubators, specialist lawyers and experienced business advisers.

Much progress has been made and Spain’s economic reconfiguration is widely hailed as a key driver of growth. But to be able to face the economic challenges on the way, Spain has to re-evaluate the talent it is letting go. For how long will this go on? If we want the talents back, more effective and active labor market policies must be implemented and the depreciation of human capital bequeathed by the crisis and by long-term unemployment must stop. Undoubtedly, this can only be achieved once we recognize the features of a generation full of enthusiasm, with international experience and new conceptions of working life that cannot find a place in the current Spanish market.

This is an excerpt from the whole article that will be published in our magazine “New in Baden-Württemberg”. Out on the market on April 22nd.

In this article and in her other interviews in this blog, our author Cristina is dealing not only with the history but also gives a voice to some of the protagonists of these migration movements – Spaniards who already made the step out of their homeland’s doorway. In her soon to be published book “STORYLIVES” she portrays young talents and professionals who emigrated due to the consequences of the economic crisis – many of them to Germany. With their stories from Stuttgart and Berlin as well as the story of their return to their homeland’s capital, Madrid, the young Spaniards give our author answers to the remaining questions of a sadly-known phenomenon: brain drain. More information on the book will be released soon.