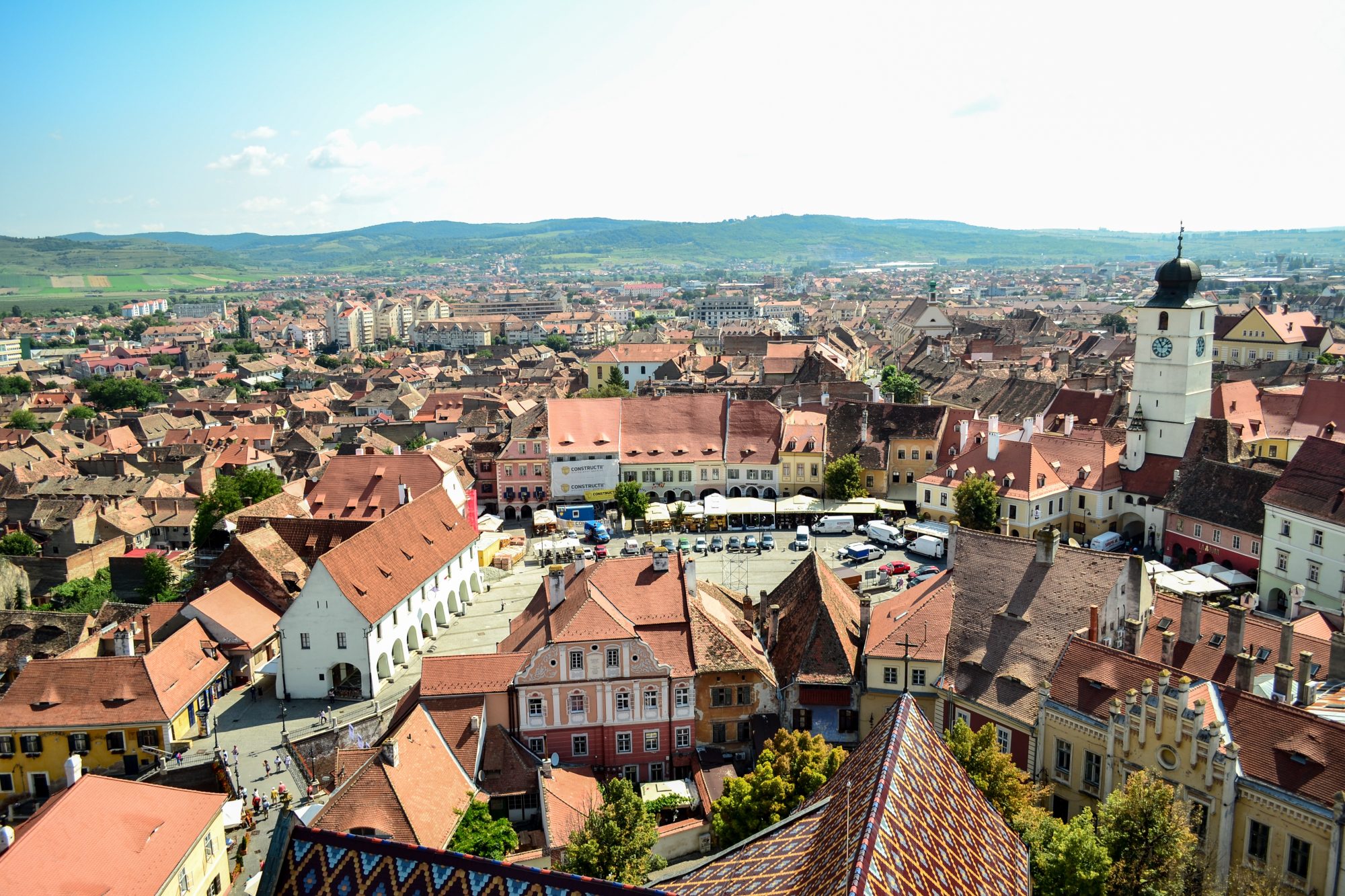 Romania is often associated with negative connotations due to unfortunate events and a corrupt political system. This post shall shed some light on the real qualities of Romanians.

People generally don’t seem to know about Romania’s tumultuous history – a past which led to an attitude of disappointment towards politics and the population’s desire to reach more on its own by studying more, working more and by learning continuously. You are probably asking yourself: “Why isn’t Romania among the powerful countries when its residents have this thirst of becoming better and better?”. The answer is simple: because of the government. Even if the citizens work and study harder, the corrupt system, which is in power since so many years, can’t be removed and is bringing the country to its knees. This is one of the reasons why so many Romanians decided to leave their homeland along the decades in order to give their best years to other countries that respect them, pay them fair and offer them better living standards. But this will be further explained in the following paragraphs.

The Ottoman Empire, WW I and II, Ceausescu: Romania in the spotlight 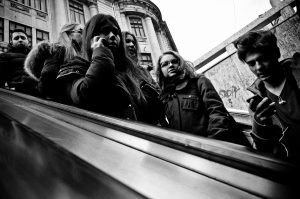 Along the history, starting with the impressive battles against the Ottoman Empire, followed by the two World Wars and the infamous era of communism until today the Romanians only seek for a way to obtain a better life, most of them choosing the option of emigrating.

Currently, more than 3.5 million Romanians are situated abroad, with almost 530,000 in Germany. The numbers are increasing every year and this is not only in the case of Germany, but across the entire Europe as well. Italy is still representing the main target for emigration, with more than 1.1 million Romanians working there in 2016. You can find Romanians in every sector, at every corner, starting with collectors of fruits and vegetables and gastronomy personnel to doctors, engineers, programmers and other talented people who believe that their capabilities won’t be wasted abroad.

“Currently, more than 3.5 million Romanians are situated abroad, with almost 530,000 in Germany.

The fight against Romania’s political system has its roots in the early history, when the Dacians were conquered by the Romans in the year 105. From here on, Romania became a latin territory and was forced, like other parts of Western Europe, to adopt the latin language and the christian religion. Therefore, the national language today is very similar to Italian, Spanish, French and Portuguese.

After these drastic transitions from one culture to the other, many more events took place in the land between the Carpathians and the Black Sea. The nearby territories and the New Powers were always showing an interest in conquering the newly formed country but the most noteworthy incidents remain to be the disputes between and the war against the Ottoman Empire from 1386 onwards. Romania was never truly owned by the Ottoman Empire but they were ruled by a sovereign power, to which Romania had to respond and pay annual fees to, up until 1877, the year when Romania declared independence from the Ottoman Empire. But it was not until 1918 when the country as it is known today was formed. Between the independence declaration and its actual independence, though, Romania took up the fight against the Habsburg Empire and Hungary in Transylvania and Bucovina – the small north-east region of Romania – and had to give up both regions.

The early relations to Germany: A good and a bad aftertaste

The first contact to Germany originates from the period 1866 to 1947, when the Kingdom of Romania was under the rule of the House of Hohenzollern. The country adopted then many german and austrian customs and words, and it was about that time when a high number of Germans migrated to the East European land.

During World War I, Romania changed sides from neutral to directly involved against the German expansion. The country lined up next to the Triple Entente who ultimately won. Through this strategic move the region of Transylvania was taken back by Romania in 1918 – a victory which lasted merely a couple of years. Throughout World War II a series of unfortunate events and governing inability lead Romania to the loss of Transylvania back to Hungary and of Basarabia – the Republic of Moldova today – and Bucovina to the Soviet Union. For the next several years, Romania, now smaller, had to fight against the Allies but mainly against the Soviet Union, taking the side of Germany. In 1944, Romania changed sides again and found itself a year later next to the winners. Nevertheless, the country only got Transylvania back, the rest was taken over by Bulgaria and the Soviet Union.

The communism and the strong migration towards abroad

The loss of the former Romanian grounds was not the final blow for the country. In 1945, the communist regime was installed and, in 1967, Nicolae Ceausescu became president under the Soviet umbrella. Obsessed with repaying the national debt, Ceausescu ordered a ban on the import of any consumer product and commanded the export of all goods produced in Romania except minimum food supplies. During this time, severe restrictions of civil rights were imposed but as the Revolution began in 1989, the entire debt had already been paid off. Romania turned out to be the then only country in Europe’s history with no debts. In the same year, the country ceased the Soviet Alliance and became a democratic country. During the 1990s, though, many Romanians emigrated, running away from the communist memories and the new party in power. With Romania joining the NATO in 2004 and with the opening of the borders through the country’s adherence to the EU in 2007, people had the freedom of travel and work all around Europe – an opportunity which many took without second thoughts. 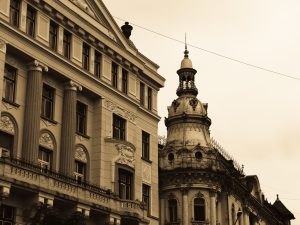 Having a glance of Romanian history it is now easier to understand why the culture is transiting to a “nomadic” attitude. Most of my high school colleagues decided to leave the country and to find a workplace in Europe. I have friends who preferred to get married and start a family in Italy or Germany because these countries can offer a better life and education to their children.

Unfortunately, this will also cause many uninhabited villages in Romania and many aspects of the culture will be lost once the parents and grandparents will fade away. However, the Romanians, me being an example as well, think and experience the fact that Europe offers more opportunities and chances than the homeland.

So, why are Romania’s talents migrating to Germany, the UK or the USA?

The answer lays in the light of fair payments, recognition and the impact of their work. For example, a fresh graduate doctor in Romania earns between 300-400€ per month while in Germany the entry salary starts at 3.000€ per month. This huge gap between salary levels influences the future decisions regarding the starting place of a career. Another concerning side of the story Romania is facing at this moment is the issue with the doctors needed in hospitals and the inferior quality of the health system. Many patients are receiving the wrong diagnostic or are dying because of malpraxis, many die because of the poor conditions the hospitals offer. No investment has been made by the government in the last few decades. The machines are old, the inventory feels as if it were “post war” and nobody can tell for sure how clean or sterile the used tools really are.

This is one of the prices Romania has to pay for its migrating population. Engineers, scientists, business men and -women, IT experts, they all go working for big companies or institutions, standing next to the best employees or willing to become the best ones themselves. The talent of Romania diminishes every year more and more but countries like Germany or the UK are welcoming them gratefully – and their offer is hard to refuse. I don’t consider myself a talent but I am among those who left home in hope of a better life. In less than a year I got to see my dream contoured. This is Germany and this why many Romanians come here. These migrating professionals know very well that they can earn money faster and realize that their salary is corresponding to the quality of their work. They are also aware of the chance of starting a career in companies with very big names which treat them fair and offer them recognition.

I am aware of the many black spots on the Romanians’ origin, on the one hand because of locals who aim to make money by every means and on the other hand because of the romas ethnic group, the gypsies, who have no good reputation in the world. But – and you, dear reader, know the rule that everything placed before “but” isn’t worth a penny – Romanians are more than just negative news. They are hard workers, they integrate easily, they show immeasurable respect but, most importantly, they keep their word. Hire or work with a Romanian who has only best intentions and you will see for yourself that hard work and good payment give back only best quality.

The article can be found in full length in our magazine. “New in BW” will be out on the market on April 22nd.