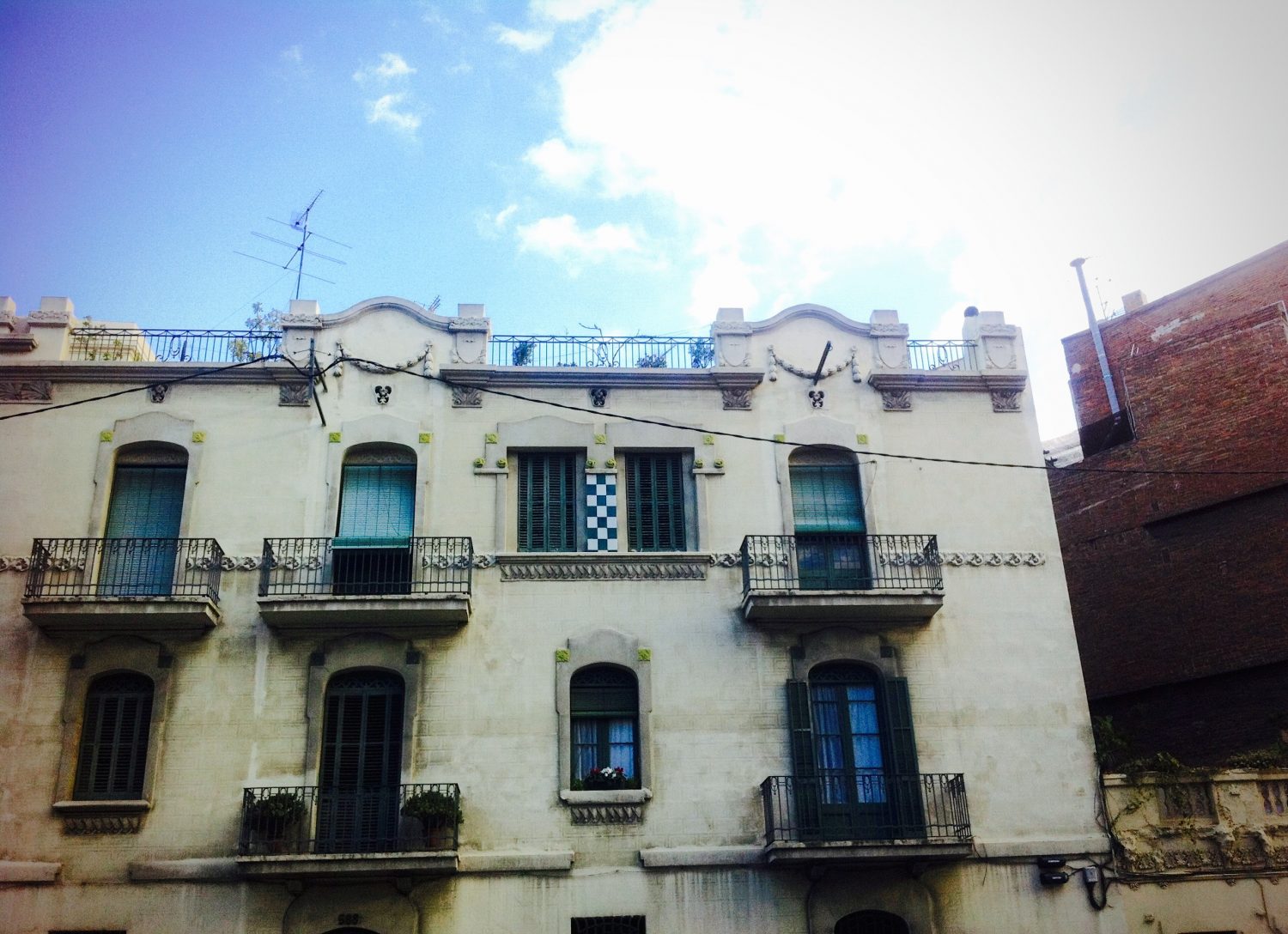 Miguel: “In Germany, you compete on a base of quality”

It was 14 years ago when Miguel Villega Ballesta graduated from his university in Seville and funded there an architectural studio with his wife and colleague Lourdes. After the outbreak of the financial crisis, things were increasingly getting worse in Spain and the couple started looking for opportunities to gain international experience. In 2014, a grant for PhD students in the final stage of the International Quality Mention gave them this chance – Miguel got a place in Germany.

How was your first professional experience when arriving in Baden-Württemberg? 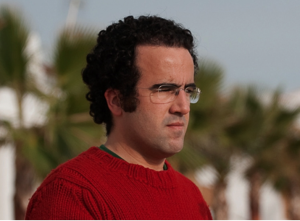 At first, I came here to finish my thesis, which was related to informatics applied to architecture. I developed it at the Institute for Architecture and Design, a prestigious institution such as the MIT in EEUU. I participated in demanding projects even though I had no tutor for my PhD, what is crazy for a doctorate.

Then, it happened that my mentor was offering a project on a courtyard house that was very similar to one I did in Seville. It was like this project fell from heaven.

Once I finished my scholarship, I started looking for a job. Soon I found an offer that seemed to be addressed to me personally, as it was a project based on my previous investigation. They gave me the position despite my low level of German, and even offered me a higher wage corresponding to my professional experience. A year later, I already had to deal with customers and I’m pleased with my personal development, even though I haven’t had time to attend a German class to improve my language skills.

How is the daily work for an architect in Germany?

In Spain, architects practically make a bit of everything; here, most of the things are specialised, so you can give suggestions only in fields that are in your responsibility. It feels like being an architect on another planet because the process of providing the same result is completely different. In Germany, you get a construction license faster than in Spain – here, you only have to bring 10% of the documentation needed in Spain. This work style gives Spanish architects a high resolution capacity. But it is also true that we find obstacles when trying to do things the Spanish way. Then you realise that with your abilities, knowledge and tools you should stick with the requirements defined in Germany.

“The process of providing the same result is completely different. It feels like being an architect on another planet”

What challenges did you have to overcome so far?

As a senior in search for a job, I sent around 23 resumes and got two answers. When you have just finished your academic career, companies want you because they can shape you in their own way. Also, we started living in an Airbnb and after a thoughtful research we found a house whose owners gave us all the facilities and support that we needed. Germans value transparency a lot, in the sense that being sincere makes people feel you trust them, so they trust you as well.

“Germans value transparency a lot; being sincere makes people feel you trust them, so they trust you as well”

Now my wife is looking for a job, but it feels like professional experience is not always a crucial advantage that gets you the job. Simultaneously, there are neither enough architects to fill the demand nor enough graduates competing for these positions. Seniors have a chance to get a job soon if the studio needs help for a concrete project – as long as the employee is decisive and professional. 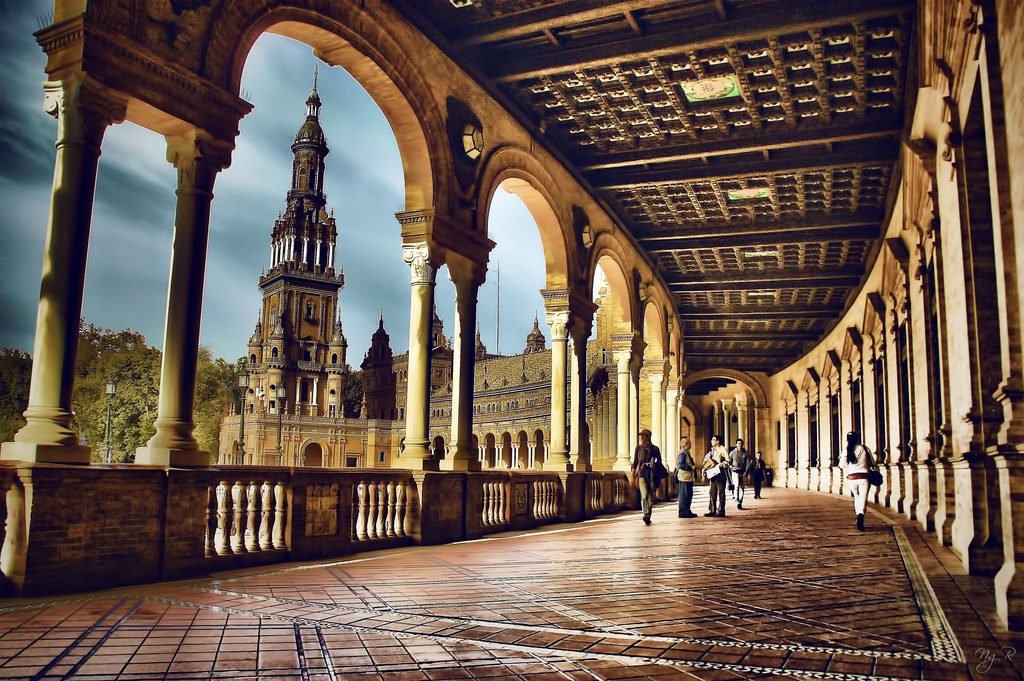 How does it feel like being an immigrant, someone who left his country for a better living?

After our Erasmus experience in the Netherlands, my wife and I were convinced that people differ from each other despite the common roots they have. It´s true that, once you live abroad, you look for that feeling of belonging, but, at the end, your personal circle is formed mainly by personal affinity, rather than by simple nationality. We miss our family and friends, but we are building up a great circle of people from all over the world here.

“At the end, your personal circle is formed mainly by personal affinity, rather than by simple nationality”

As an immigrant, I’ve learned not to make comparisons. When you compare things, you never put them on an equal level. In Germany, immigration is 50% up to 100% higher than in Spain, so we do not have a level of immigration that might be considered as a problem. However, many Spaniards comment a lot on stupidities regarding immigration and you feel superior as you realise they do not have any idea of what they are talking about. We in Spain are not realistic about the migration issue, as we are not aware of the fact that most of the Spaniards had to leave the country because of a lack of job opportunities.

Can you tell us something about your future prospects?

I don’t like to think that this is a lifelong lasting situation, because it seems to be a sort of defeat. I do not accept that things cannot change. We did not leave of necessity, but to improve our quality of life. It took us 13 years to get our business off the ground. If we stay here for four years, it will be more than utopic to open our office again – and we do not want to work for a big company. Therefore, the options for returning to Spain are either to access an internationally-oriented German construction company which has headquarters in Spain and hence become an expat to Spain or just to build up our business idea here, save money and then return. In any case, you keep the knowledge and experience you gained in Germany and have the additional advantage of the full social and cultural living in your home country.

What is needed in Spain to revert this unemployment rate?

Before coming to Germany, I was giving classes at the University of Seville, and my last pupils graduated last summer. My recommendation for them was to go abroad and take advantage of their preparation; many companies and studios should be fighting to hire them and involve their talent into business. Apart from that, it is necessary to go out and be conscious that there are more possibilities than those we take for granted.

In Germany, things are as they have to be: It does not depend on a concrete Government or institution, here the legal structure gives you the confidence to defend your rights. When you start a job, you can discuss issues such as holidays from the beginning. However, Spanish picaresque is our biggest burden. In Spain, for example, it is inadmissible to ask for a fair compensation of the extra work you do – it seems like you have to be grateful for having a job. But working is not a gift from the employer to the employees, it has to be a fair transaction and companies have to fulfil their role. Work has a price and labour relations have their way to be.

“Working is not a gift from the employer to the employees, it has to be a fair transaction and companies have to fulfil their role”

In Germany, you don’t compete on a base of price but of quality. That´s why the Architect´s Association preserves the fee schedule of the profession, which is forbidden in the EU and in Spain is ticketed by the National Commission of Competence with high amounts of money.

What could academic institutions do in order to motivate youngsters?

I don’t know what the germ of despair is and whether it comes from university or from earlier stages already. Universities do not give enough confidence and capacity for initiative to students. I’m not talking about entrepreneurship because not everybody can start up their own business – that’s not realistic. I’m talking about valuing yourself and taking care of your professional future. My feeling is that youngsters are passively waiting for things to come, resigned. When you are young, you have to think about the real place where you would like to work the most. And that´s exactly the first company you should apply for, without a second’s delay.

Any advice for Spanish newcomers to Germany?

I consider it a big mistake to start from below, in the service sector or as an Au-Pair, when you already have a professional qualification. The best is to come to Germany with some language knowledge, and the intention to improve it and to find a place in your sector.

For me it is difficult to recommend my friends to come here, because it is a risk with an unpredictable result. From our experience, it has been worth it, considering the effort of beginning again. For everyone, I think living abroad is always rewarding and gives you the ability to compare and be more critic with your status and expectations. The more aware you are, the better conditions you can get.